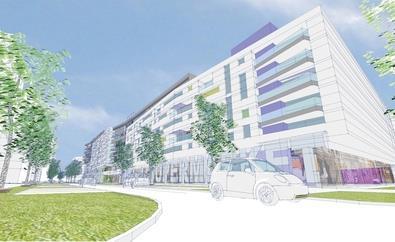 The development of the 645,840 sq ft South City Shopping scheme will begin in 2010 ahead of a third quarter 2012 opening. Quinlan said the timing of the scheme’s opening should coincide with renewed economic ‘optimism and growth’ globally.

The company said financing and planning had been secured for the scheme in the Petrzalka district. The scheme will aim to capture spending from a population of 1.8 million people within a 40 minute drive.

John Newton, Quinlan Private Golub country manager for Slovakia and Hungary said plans for the scheme ‘are still being worked on in close cooperation with the city of Bratislava’ and were not ‘cast in stone yet’ but that ‘its strategic location, with motorway access and public transport links, makes it very attractive as an investment.’