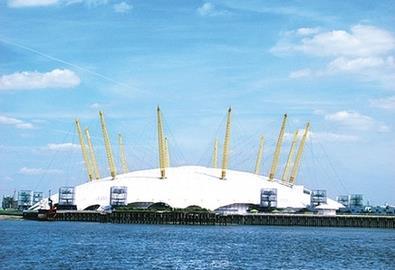 Quintain and joint venture partner Lend Lease Europe have sold the 999 year of the Millennium Dome for £24m to Trinity College, Cambridge.

Trinity College, through the purchase of the vehicle, will receive the rental income that is paid by AEG via its under-lease of The O2. This rental income is linked to ticket sales of The O2 Arena and in Quintain’s last financial year the company’s share amounted to £842,000. The disposal does not affect AEG’s lease or their operation of The O2, in which they have invested £350m.

The 999 year lease was held in a company called Meridian Delta Dome.

Quintain owned 49% of the vehicle and has raised £11.8m from the sale.

Quintain and Lend Lease continue to own and manage the regeneration of the surrounding 150 acres through the Greenwich Peninsula Regeneration joint venture.

Rebecca Worthington, Quintain’s finance director, said: “We are delighted that, just half way through our financial year, we have already exceeded our full year target of repatriating £50m, strengthening our balance sheet even further. The strategy we announced in August 2008 has now resulted in a total of £152.8m of cash being repatriated. Combined with the new flexibility in our interest cover covenants and enhanced protection of our extended gearing covenant headroom, our financial position is considerably strengthened.”