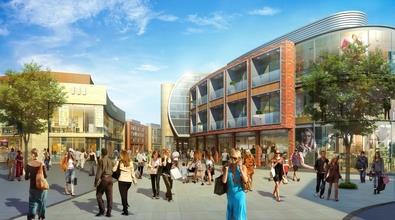 Realis Estates has been given the green light for a £250m retail led scheme in Stoke on Trent.

Stoke on Trent city council granted permission for the scheme which will see the 1960s East West centre in the city redeveloped.

Realis is proposing to develop 685,000 sq ft of shops as well as cafes, restaurants, a multi screen cinema and a hotel.

There will also be a new bus facility, public spaces and improved parking.

Duncan Mathieson, Realis’s managing director, said that despite the economic environment the company was progressing with its plans.

He said it will work on detailed designs over the next few months before starting on site in 2010.