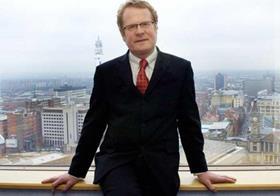 He was involved in the Olympic regeneration legacy in east London, working for the London Borough of Newham where he was executive director of regeneration and inward investment. Projects he worked on included “the creation of a city within a capital city” in Stratford, the redevelopment of Canning Town,the regeneration of the Royal Docks and the innovative Meanwhile London Project.

Dutton was previously director of regeneration and planning for Birmingham City Council, where he worked on the city’s Big City Plan, the redevelopment of New Street Station, The Cube, the Library of Birmingham, Longbridge, Eastside and City Park.

Prior to that he held senior positions at numerous metropolitan authorities, an Urban Development Corporation and a City Challenge Partnership. He produced the Dutton Report on how to regenerate West Belfast, following the Good Friday Agreement.

He worked for UK government on the Urban White Paper, assisted the UK Urban Task Force and was a member of the Oldham Independent Review.

He was awarded an OBE for services to urban regeneration in 1998.

Waheed Nazir, Birmingham’s current director of planning and regeneration: “Clive’s leadership and passion was instrumental to transforming the city, spearheading projects such as New Street Station redevelopment, Eastside City Park and the Library of Birmingham to name but a few. He remains part of the city’s story and the work that we do bears his thumb print.

“I considered him to be a great visionary and inspirational leader but more importantly a close friend who remained committed to Birmingham even after leaving for London. We often spoke about our different approaches to growth and development but I credit much of my own personal development to Clive’s nurturing. I had lunch with him a few months ago and he talked of his many fond memories of working in the city.