Regent Street plans can go ahead 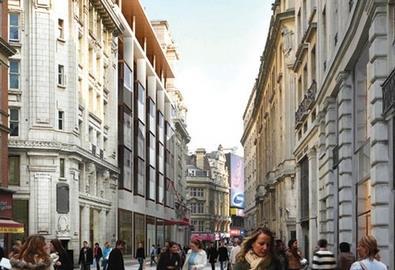 Vexatious litigant Terence Ewing’s attempt to launch legal action against the Crown Estate’s £750m redevelopment plans on Regent Street has been kicked out by a High Court judge.

Three weeks ago Property Week revealed that Ewing was threatening to apply for judicial review against Westminster Council’s decision to grant planning consent for the 1m sq ft Quadrant scheme.

The High Court branded Ewing a vexatious litigant in 1990, meaning he ‘habitually and persistently and without any reasonable ground instituted vexatious civil proceedings’, and he must apply to the court before he is allowed to issue legal proceedings.

In a letter to Westminster Council Ewing, who has previously lodged a judicial review against the redevelopment of Smithfield market, had said the decision to grant planning was ‘unlawful’ because it involved the partial demolition of the listed Regent’s Palace Hotel.

But the High Court has sided with the Crown Estate and Westminster by ruling that to allow a lawsuit to continue would be ‘an abuse of the process of the court’.

Mr Justice Bean also ruled that Ewing did not have a sufficient interest in the site to lodge a judicial review.

Westminster’s deputy council leader, Robert Davis, said ‘This proposed application for a judicial review totally lacked justification and I am pleased that the court agreed.

‘The Crown Estate's scheme is sympathetic to the surrounding buildings and will play a key role in the continued regeneration of Regent Street.’

Ewing, who previously ran The Euston Trust, was lodging the claim through Environment and Heritage (Legal Services), known as E@H, which was set up ‘for the protection of listed buildings and buildings in conservation areas.’