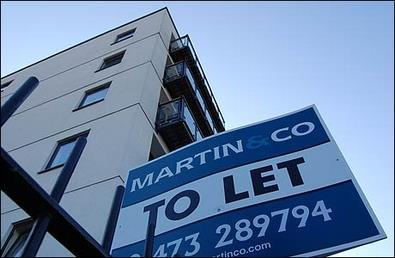 The rental market is booming as the continued downturn in the housing market led to falling sales in July, according to the RICS.

In the RICS Lettings Survey published today it said that new instructions to let, an indicator of supply, had increased at the fastest pace in the survey’s history as ‘many would-be-sellers found that becoming a landlord is a better option than selling in the current climate’.

It said 43% more surveyors reported a rise than a fall in landlord instructions compared to 35% in the previous quarter.

Equally both new instructions to let houses and flats had record increases with 47% and 39% more surveyors reporting a rise than a fall respectively.

On the occupational side the RICS said 37% more surveyors reported a rise than a fall in tenant lettings, up from 30% in the last quarter.

Demand for family homes remains stronger than for flats as many would be buyers have been forced to rent as the route to mortgage finance has been blocked.

Rising profits have kept landlords committed to the market, says the RICS, with the proportion of landlords opting to sell at the expiry of the tenant lease falling to 2.1%, down from 4.2%, and the lowest level on record. However, rental expectations have fallen slightly with some surveyors expecting over-supply to push rents downwards in the next quarter.

RICS spokesperson James Scott-Lee said: ‘The lettings market is booming with many vendors opting to rent their property while sales in the housing market continue to dry up. Many are willing to hold and await the return of capital appreciation.

'Established investors have been reaping the benefits of the housing downturn for sometime and will continue to do so in the short term.

'However, ever increasing supply could have an impact on rental growth as tenant options increase.’