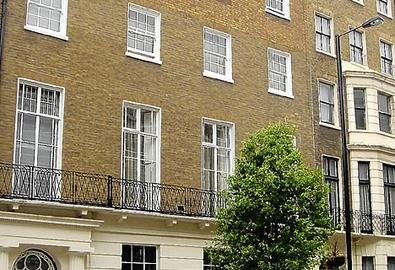 Prime Central London rents fell by 9.6% over the last three months of 2008, according to Knight Frank's latest index, by far the largest drop since the index was set up in 1995

The latest report (attached below) says:

Liam Bailey, head of residential research, Knight Frank said: 'Prime residential rents in central London have fallen dramatically over the past three months, by 9.6% which is by far the biggest fall ever recorded by our index which was created in 1995. To put the figures in perspective, the drop of 2.1% recorded in September 2003 was the previous largest biggest decline on record in prime central London.

'While there has been an increased demand for rental property, the result of many people choosing to delay house purchase, this has been outweighed by the sheer amount of new stock coming onto the market, much of it from ‘forced landlords’ unable or unwilling to sell their property in the current market.

'This has combined with downward pressure on corporate and personal budgets, pessimism over the short-term future of the economy and mounting job losses in the key financial services sector to markedly drive down rents.'

Tim Hyatt, head of UK lettings, Knight Frank added: 'It is not easy to tell clients that they need to drop the price of their property by at least 15% (if not 20% to 25% for larger properties) as we are in the early stages of a global recession. However, the reality is that we have up to three times as many properties on the market than this time last year.'

'Nevertheless, we expect the lettings business to continue growing next year. Renting has become an acceptable medium-term option for many people and its flexibility will continue to appeal as the economic downturn continues. The changing climate will also make investment more appealing for rental returns alone.

'Landlords can be cautiously optimistic but need to be very flexible as they enter the New Year if they are to prosper in this difficult market.'