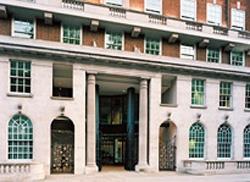 Cushman & Wakefield will have to pay £2.8m a year extra for its European headquarters in London’s West End after a rent review was concluded this week.

Property Week has learnt the consultancy has more than doubled its previous rent to £78.50/sq ft, backdated to June 2008, for its space at 43-45 Portman Square, near London’s Oxford Street.

The rental hike, which is thought to be in place for the next five years, is an unfortunate one in a period when the property industry is trying to cut costs, but would not have been a surprise to C&W.

C&W moved its European headquarters in October 2001 after taking an assignment of oil company Chevron’s lease.

Property Week understands that an arbitrator was appointed to deal with the rent review.

Tony Guthrie at Drivers Jonas was appointed as an independent expert to advise the arbitrator.

Invista is understood to have used evidence from a lease granted to Invesco in May 2008 as evidence that rents in the building were at around £90/sq ft.

In a net asset value announcement on 29 October this year Invista Foundation Property Trust listed C&W as its third biggest tenant, contributing 4.2% of its rental income.

DTZ had occupied 60,000 sq ft but moved its staff to its City office, one of the reasons being the impending rent review.