The developers of the £800m Bishopsgate Goodyard scheme in Shoreditch have submitted revised plans for the development, with a reduction in the height of four of the seven towers. 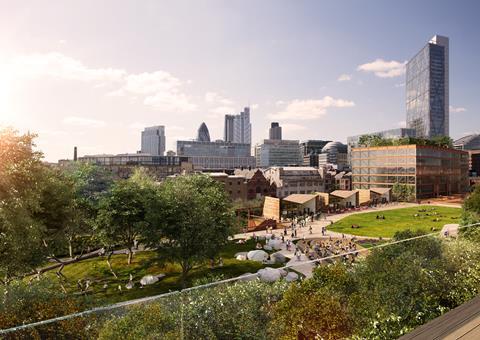 The amendments to the scheme, which is being developed by a joint venture between Hammerson and Ballymore, involve a reduction in the height of four of the proposed seven residential towers.

The two tallest towers on the site, which stand on the south east corner close to the City of London, have had their heights marginally reduced: the tallest tower still rises to 46 storeys, but its height has dropped by an equivalent of one storey due to a reduction floor to ceiling heights; while the tower that it is paired with, which was set to rise to 42 storeys, has been reduced to 38 storeys, which the developers said was equivalent to a reduction of five storeys due to the changes in ceiling heights.

On the northern edge of the site, where a block of five residential towers are planned, the two taller towers have been reduced from 34 to 30 storeys and from 30 to 26 storeys.

This was in response to the mayor of London’s first stage report on the scheme, which, while indicating the mayors “strong support”, called for the reduction in scale of the two taller towers on the northern edge.

The number of residential units has also fallen from 1,464 to 1,356 due to the reduction in heights and a change in the mix of units, with the amended scheme comprising more two bed units and a reduction in the number of suites and one bed flats.

The developers have also amended the commercial offer, with an overall increase in employment space of 250,000 sq ft, including a 840,000 sq ft office building.

The plans for the scheme around Shoreditch High Street Station have faced fierce opposition from locals since they were submitted to Hackney and Tower Hamlets councils last July, with critics objecting to the heights of the towers as well as the affordable housing offer, which has been set at 10% in the planning application - a proportion the developers say is based on viability, but is well short of the 50% targets set by both boroughs.

The revisions to the scheme do not include a change to the affordable housing component. 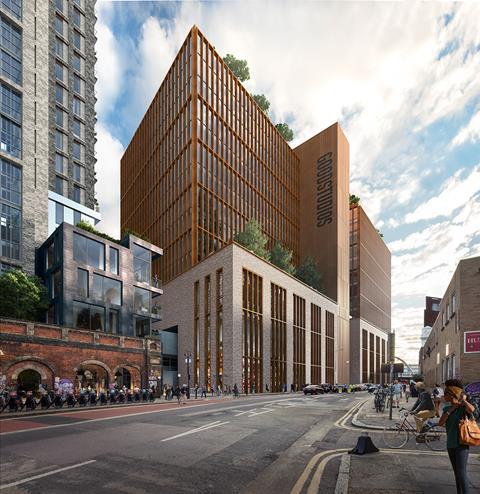 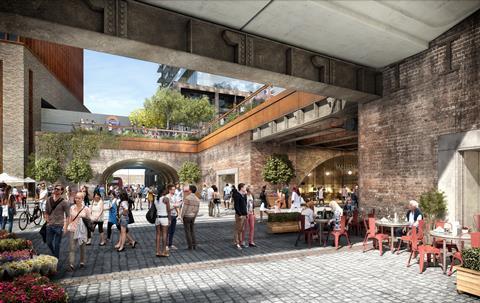 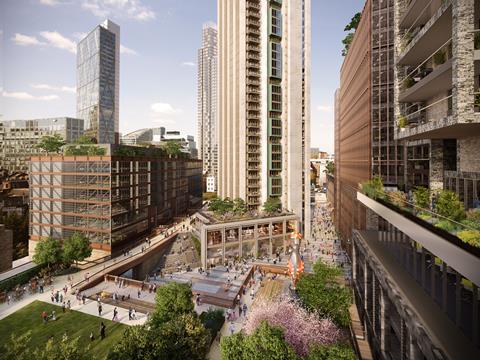