The London borough of Richmond has granted planning permission for a 22-acre mixed-use scheme. 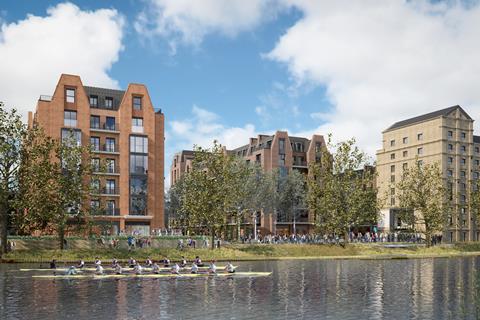 The mixed-use scheme will replace a former Stag Brewery site in Mortlake, London.

The development is being delivered by London-based Dartmouth Capital Advisors on behalf of Singapore-listed City Developments Limited (CDL).

The scheme will have 677 apartments, 138 of which will be affordable homes, comprising a mix of one, two, three and four-bedroom homes. There will also a care home of 150 units and will include an additional care home for dementia patients.

The council has also approved the addition of a secondary school for 1,200 pupils together with a football pitch, indoor gym and sports space.

The scheme has yet to be approved by the Greater London Authority in stage two of its review.

Executive chairman of CLD, Mr Kwek Leng Beng said: “This is a very positive outcome. Through active engagement with the stakeholders, we are glad to create a scheme that will value add to the community and it will become an iconic development in Central London. The London Borough of Richmond is one of the most desirable locations to live, work and play with its history, picturesque river views and abundant greenery.”

Michael Squire of Squire & Partners, the architects for the projects said: “We are absolutely delighted with the decision. Over the last three years we have worked closely with the London Borough of Richmond’s planning department, the GLA and local residents’ community groups to create a scheme that will be a truly valuable addition to the local community and gives full public access to a beautiful and important section of the River Thames for the first time in more than 300 years.”