RICS CEO hits back at critics

Sean Tompkins, the under-fire boss of RICS, has come out fighting in an exclusive interview with Property Week. 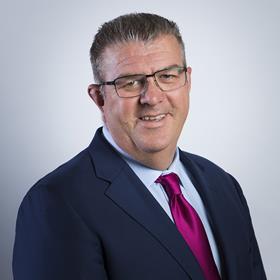 Following a torrid few months for the institution, Tompkins responded to a swathe of members’ criticisms over issues such as the independence of the broad review, overseas expansion, fees and executive compensation.

Tompkins dismissed concerns raised by members and former senior RICS executives over the independence of the review he and president Kathleen Fontana are overseeing. “We’re taking to social media and having conversations with people like you to encourage the profession to use its voice,” he said. “That’s a pretty reasonable role for the chief executive and the president to be doing.”

On the issue of global expansion, which many UK members believe has gone too far, Tompkins said: “I make no bones about it, I was brought in to help globalise the profession… I know some people don’t agree with that, but that’s what I was asked to come and do and I’m very pleased about how globally respected this profession is.”

Asked whether he had received a bonus while RICS claimed government furlough money, Tompkins said that the RICS remuneration committee had decided not to trigger its bonus scheme, although it did pay discretionary awards to some of its highest performers, including Tompkins.

He added: “If we were in a position to be able to start to repay furlough money we would.”

Responding to claims from some members that annual fees were too high, Tompkins said the current level was “balanced” with the services that the organisation delivers.

The comments follow a tumultuous period for the body following allegations in The Sunday Times that four directors were dismissed in 2019 after raising the alarm over a 2018 BDO financial report.

At the end of January, RICS bowed to industry pressure and announced plans for two reviews, one of which is being overseen by independent QC Peter Oldham, who is investigating the events that led to the dismissal of four non-executive directors.

The other review is a broader probe into the “purpose and relevance of RICS in 2021 and beyond”, which is being led by the governing council and overseen by Tompkins and Fontana.

Read the interview in full here: