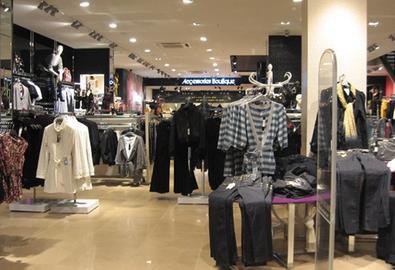 The retailer will occupy 15,000 sq ft of space over two levels at the shopping centre which O’Reilly’s Chartered Land owns with Irish Life Assurance. The store will have a main opening onto Henry Street.

To accommodate River Island, the developers have merged a number of smaller units to create a larger store. The rent has not been disclosed.

Dominic Deeny, chief executive at Chartered Land, said: ‘The centre, which attracts a weekly footfall of 300,000, has recently undergone extensive refurbishment works and we are confident that the addition of River Island will contribute further towards enhancing the existing strong tenant mix and retail offer at the centre.’

Michael Harrington, director at HWBC which advised the landlords, said: ‘Good news in the retail sector has lately been thin on the ground, but this ILAC letting has clearly shown that there is still very healthy demand for prime retail space in Dublin and that the major multiple retailers have enough confidence in the Irish economy to look beyond the horizon of the current uncertain phase in the market. This space which took time to assemble, is quite simply the best shop in Ireland and the addition of River Island between H&M and ZARA is a significant boost for ILAC.’