Savills prepares for rise in repossessions 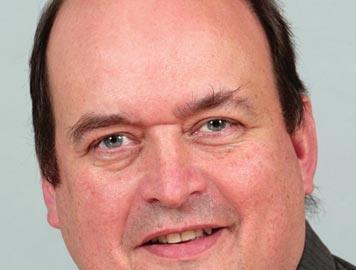 Savills has set up a new receivership team ahead of an expected increase in the number of commercial property owners defaulting on loans.

The newly rebranded Savills Recovery Services will work with lenders to restructure loans and make sure repayments are met, but where that proves impossible the team will aim to sell properties for the lender either through auction or private treaty.

Repossessions have always been a large part of residential property auctions, but they are rarer in the commercial sphere. But the number of commercial landlords defaulting on loans, either through a breach of loan-to-value or income-to-interest covenants, could rise as a result of the sharp downturn in values and the gloomy forecast for rental growth caused by the wider slowdown in economic growth.

The team will have two Law of Property Act receivers, Stuart Jones and Stuart Foreman, based in Portsmouth and Peterborough respectively. This means that, if a court needs to appoint a receiver, Savills can provide that service.

The team will work closely with James Cannon, head of auctions and portfolio sales, and Alan Watt, head of new homes and repossessions, as well as the Savills valuation team.

‘We’ve had the capability within Savills for several years, but with the current market we’ve decided to extend the service and target clients,’ Cannon said.

‘Repossessions have always been a part of the residential market because individuals are paying for things out of their own pocket.

‘The commercial market tends to be a bit slower on this front, but we are expecting it to come through. If there is a problem with debt being serviced or when there is a breach the bank has to take a position or work with the borrower. So far the banks are being pragmatic, but there will be more commercial recovery happening over the next few months.’

Cannon said there was no set formula whether sales would be through auction or private treaty if properties had to be sold on behalf of the lender.

‘Auctions are not a panacea, and you have duty of care on behalf of the existing borrower as well as the lender to make sure that you get the best price. In some cases that will be through auction, because auction offers an immediate sale as long as there is a willing seller, and it also means you get the price the market is willing to pay.’