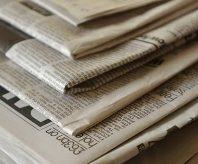 The Church of Scientology is to open a centre in Manchester next year as part of a worldwide expansion. Sunday Times

The American organisation, which counts celebrities such as Tom Cruise and John Travolta among its members, paid £3.6m for a five-storey disused distillery, near Old Trafford, which it plans to develop into ‘a place of worship and religious instruction’.

Graeme Wilson, Scientology’s head of communications, says its aim is to establish ‘large new centres in major cities around the world, and Manchester is one of the priority cities for having such a centre’.

Maghull Group had planned to convert the building into flats, but, it said: ‘The price [the Scientologists] offered was so good, we sold it the day after buying it.’

The Church of Scientology, founded by science fiction writer Ron L Hubbard in 1952, has built up an estimated £38m property portfolio that includes nine other ‘religious buildings’ in Britain, mostly in southern England, and more than 20 ‘missions’.

It opened a London branch near St Paul’s Cathedral in October last year, after buying the six-storey building from bp for £10m. It is now worth £18m.