Reforms to stamp duty land tax (SDLT) have already cost the exchequer up to £500m in lost revenue, according to residential advisor London Central Portfolio. 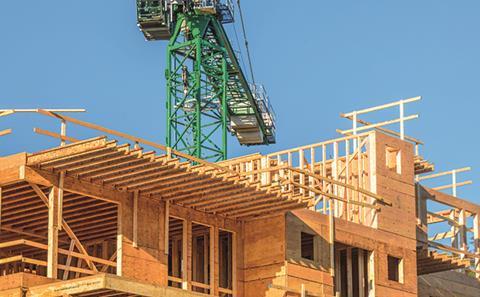 The research, which adds weight to Property Week’s campaign calling on chancellor Philip Hammond to ‘Call Off Duty’, shows that between May and October, there was an unprecedented fall in top-end sales across England and Wales.

Large falls were also recorded in lower price bands: the number of transactions in the £2m-£5m band saw a 36% reduction and the number in the £1m-£2m band was down 33%. 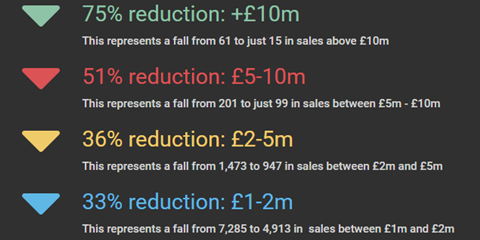 According to LCP’s analysis of statistics from HM Land Registry, the super-prime new-build market (above £5m) has been hardest hit by the tax changes, which saw a new 3% additional rate stamp duty (ARSD) on second properties implemented on 1 April.

Over the past six months, only nine sales have been registered above £5m.

Naomi Heaton, chief executive of LCP, said. “This slowdown in the luxury property market – a big contributor for the exchequer and UK economy in general – is very concerning, particularly as the government faces wider economic and financial instability in the face of Brexit. With an already increasing deficit to address and the government’s declared intent to increase tax revenues, these statistics should make some worrying reading for the Chancellor.

It is about time that the Government understands that the political posturing that has made foreign investment the scapegoat for our UK housing crisis is having an entirely negative impact - Naomi Heaton, LCP

“Having missed the opportunity to reconsider Osborne’s strategy at the Autumn Statement, we hope the government will now look to relax some of these measures before there are detrimental knock-on effects for developers, the exchequer’s balance sheet and the wider UK economy”

“It is about time that the government understands that the political posturing that has made foreign investment the scapegoat for our UK housing crisis is having an entirely negative impact. A contraction of the luxury market will not miraculously provide new homes for the domestic market. It will simply reduce tax take and damage the wider economy as affluent investors spend their money elsewhere.

“At a time when the government is actively trying to encourage investment into the UK globally, it is counter-intuitive to restrict investor access to our top-end market. This makes the UK appear a less attractive place to do business in, with the concomitant economic downside which goes with it.”