The government has shortlisted three office buildings for an HMRC-led requirement of around 200,000 sq ft that will comprise the first phase of a new regional hub in Glasgow. 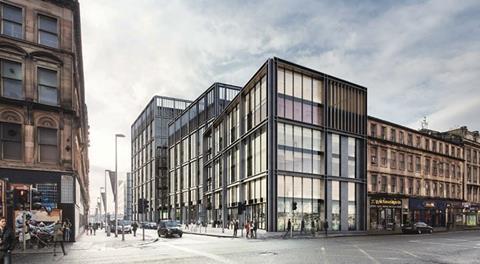 Dawn Developments’ regeneration of the 14-acre Collegelands site to the east of the city, by High Street Station, was on a long list of five sites but missed out on the final three, as did a government-owned development site at 220 Broomielaw in the city centre.

The government’s total requirement for Glasgow is between 450,000 sq ft and 600,000 sq ft, and the space will be let primarily to HMRC, market sources said.

It is understood that the government is currently working up its exact requirements before choosing between the three shortlisted properties.

HFD’s building on Bothwell Street is due to be built speculatively after planning permission was secured earlier this year.

When completed, they will be two of the largest offices in Glasgow.

The plans for Drum’s scheme, at a 9.1-acre site bordered by Kingston Street to the south and Clyde Place to the north, are at an earlier stage. The developer has secured permission in principle for an office-led mixed-use development on the brownfield site, but the size of the scheme has not yet been decided, according to a planner at the council.

The GPU has been scouting out potential locations in the city for several months after plans to merge 170 HMRC offices into 13 regional hubs were announced a year ago. 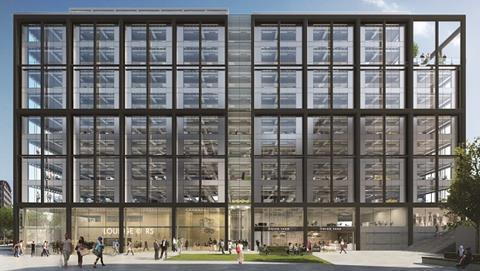 HMRC has already signed for 184,000 sq ft at Ruskin Square in Croydon (above) and Property Week reported last month that it was set to choose Ballymore’s Three Snowhill scheme for the first phase of its Birmingham hub.

JLL is handling the requirement for the GPU.