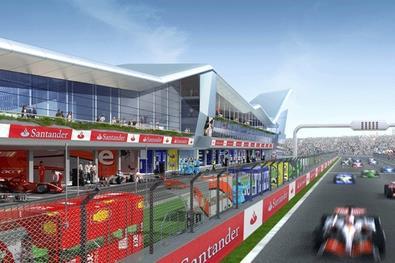 The British Racing Drivers’ Club has got the green light at Silverstone for the first phase of redevelopment at the UK’s top motor racing track.

The facility is the first part of the British Racing Drivers’ Club’s overall 10-year plan for Silverstone.

Richard Phillips, managing director at Silverstone Circuits, said that work would start later this year. He said: ‘This is a turning point for Silverstone and a bold commitment towards the BRDC’s support for motorsport in the UK and for retaining the British Grand Prix.’

Local councillor Michael Edmonds said that the aim of the council was to ensure that Aylesbury Vale remained the home of Formula One in Great Britain.