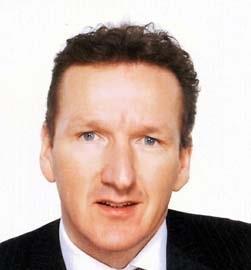 Maudsley will be leaving LaSalle to join British Land, where he will take on the position of director of business expansion and become a main board member.

LaSalle said Marrison has led LaSalle’s business in continental Europe since 2001 and "is a 23 year industry veteran" who will expand his role.

Jeff Jacobson, LaSalle’s global chief executive, said: “Charlie is a good friend and trusted partner in our business who we will greatly miss. British Land is a great company, and his new role will allow him to concentrate his efforts and talents exclusively on investing in the UK market in contrast to some of the broader fund raising, investor relations, and general management responsibilities that were part of his current role."

Marrison said: “With over 240 employees in Europe including 140 located in the UK, we have a robust platform that is well suited to serve our investor clients in this environment. Our UK management team is very deep, led by Alan Tripp, who is a 25 year veteran of the UK property industry with a long track record of strong investment performance and a team of fund managers who average 25 years of experience.”

Maudsley said: “For my part, a unique opportunity has arisen to join the board of British Land, one of the great British property companies. I am very excited about joining forces with my former colleague at AXA, Steve Smith, and being part of Chris Grigg’s team that builds on the fantastic past, and drives the future performance of British Land”.

Final details of transition and timing of Maudsley’s departure are still being determined.