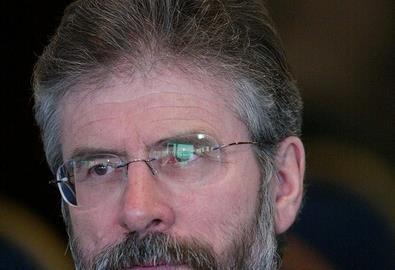 Sinn Fein president Gerry Adams has backed the development of a ‘mini’ urban regeneration company to establish a ‘Gaeltacht’ Irish quarter in the Falls Road area of Belfast, Northern Ireland.

Speaking at a regeneration conference today in Birmingham Adams outlined proposals which could see an area between Belfast City Centre and Andersonstown, known as ‘An Ceathrú Gaeltachta’, transformed ‘into a hub for traditional Irish language, culture and business’.

The one square mile zone lies across four city wards, including Falls and Whiterock, which are two of the three most deprived wards in Northern Ireland.

He said his proposals were in tune with the Dutton Report, prepared by Birmingham City Council director of regeneration Clive Dutton, which recommends regeneration of neighbourhoods that are home to more than 20,000 people, fostering development which will fuel tourism, and establishing Irish language, arts, cultural and educational projects.

Dutton, who will also deliver a keynote speech at the conference, was commissioned by the Northern Executive in 2003 to prepare a report building upon the recommendations of the Joint West Belfast and Greater Shankill Taskforce.

Adams said: ‘An Ceathrú Gaeltachta is an innovative proposal which builds upon the enthusiasm of the Irish speaking community in west Belfast. As outlined in the Dutton Report thousands of west Belfast citizens use Irish every day and the development of a Gaelic quarter presents a unique opportunity to create jobs, encourage even greater use of the Irish language, and contribute in a positive way to the increasing diversity of Belfast.’

Mike Whitby, leader of Birmingham City Council, said: ‘The idea that by celebrating language and diverse cultures we can drive forward economic regeneration and social cohesion is fundamental to the development of any major city in the 21st Century.

‘Whether Belfast or Birmingham, London or Londonderry, the ideas outlined in this report provide an excellent blueprint on which aspiring global cities can base future growth plans.’