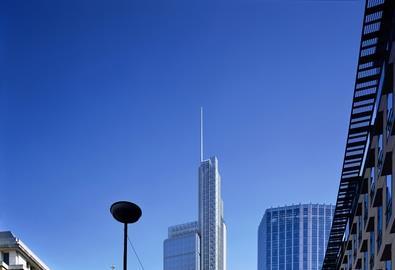 Gerald Ronson’s Heron International has awarded Skanska the contract to build the Heron Tower in the City of London.

The contract award was made by trustees of the Heron Tower Property Unity Trust.

Skanska has been involved with the development of the tower, which will be one of the tallest towers in London, since last spring under a pre-construction services agreement in the design process.

Heron has not revealed the terms of the contract but Skanska – one of the world’s largest listed construction groups - said that the contract value was around £242m. It has included the order in its bookings for the fourth quarter.

Demolition works for the 46-storey tower at 110 Bishopsgate are already underway and the permanent works will begin in April next year. The Kohn Pederson Fox-designed tower should be completed by early 2011.

Works to begin next year

Skansa said the main construction work will start at the beginning of 2008 with both the sub-structure and super-structure works being carried out in parallel to achieve an overall shortened build period.

Cahit Atasoy, director of construction at Heron International, said: ‘Heron has been working on this key project for a number of years and has been at the forefront of changing London’s skyline.’