SoftBank may walk away from its plans to buy up $3bn (£2.5bn) in WeWork shares to help keep the embattled serviced office provider afloat. 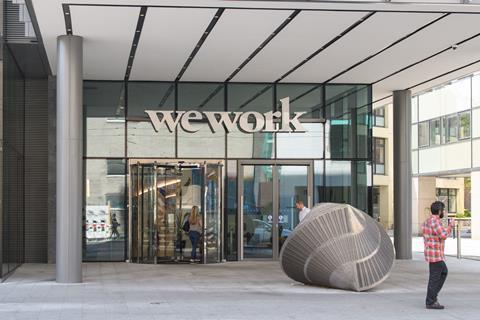 The firm told WeWork shareholders in a note on Tuesday that current regulatory investigations into WeWork in the US would allow it to back out of the buyback.

Both the U.S. Securities and Exchange Commission and New York’s Attorney General are probing how WeWork presented its financials and valuation to investors ahead of its failed bid to become a publicly listed company last year.

Nearly $1bn of the stock that would be bought back belongs to WeWork founder and former chief executive Adam Neumann.

If SoftBank backs away from the buyback, it is still contractually obligated to pay $3.3bn toward a debt package to bail out the company as part of the rescue agreement struck last year. The share buyback would see SoftBank up its stake in the company to 78%.

The Coronavirus pandemic has roiled global stock markets and SoftBank’s shares have slid 38% over the last month. As governments globally have called for people to work from home and avoid social spaces, the outlook co-working and serviced office providers like WeWork has weakened.