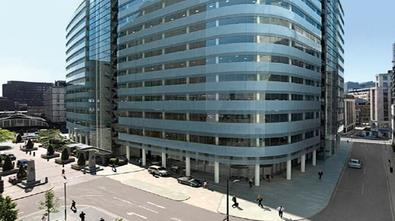 London developer’s shares rise as speculation of a takeover spreads

A little-known 76-year-old South African businessman has snapped up a 20.4% stake in listed London developer Minerva.

Nathan Kirsh, whose Kirsh Group of companies is based in Swaziland, an independent country within South Africa, increased his holding in Minerva on Tuesday by buying Aberdeen Asset Management’s 15.47% stake. He bought his initial stake in Minerva in May. Kirsh paid £3.4m for Aberdeen’s 24.94m shares – a price of 15p a share.

Shares jumped 16% to 14.75p on Wednesday after Minerva, run by chief executive Salmaan Hasan, confirmed the purchase, as investors speculated that it could lead to a takeover of the London developer.

Kirsh holds his 32.9m Minerva shares though Kifin Limited, which is part of Ki Corporation, a Liberian-domiciled company that is held by the Eurona Foundation.

Eurona is a trust organised in Liechtenstein, controlled by Kirsh.

Its trustees are Prinz Michael von Liechtenstein and Kirsh. Its directors are Kirsh, his son, Philip, Paul Friedlander and Myra Salkinder.

Minerva’s fortunes took a turn for the worse at the end of September when Limitless, the development arm of sovereign wealth fund Dubai World, pulled out of takeover talks. Its shares more than halved to 35p and kept on dropping. Two weeks ago they fell 19% after Merrill Lynch cut its price target to 9p.

It has three projects under construction, two office buildings in the City of London – the Walbrook and St Botolphs – and the Lancaster Gate residential scheme overlooking Hyde Park. It is also in discussions with investors over a joint venture for the Park Place shopping centre development in Croydon.