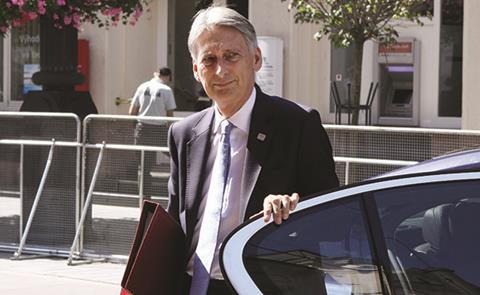 Hammond announced that the government intends to consult on reforms to the business rates revaulation system before the next revaluation in five years’ time. He provided no detail as to the government’s intention for the consulation, only that it would lay out its “preferred approach in due course”.

The chancellor also announced a £300m fund to be shared among local authorities over the next four years, which would be spent on discretionary relief for businesses hardest hit by rates rises.

“There’s no help for many businesses facing big increases in their business rates nor any help for those who were hoping for reduced rates bills over and above what we already know. The pain will continue,” he added.

David Jones, senior director at GVA, suggested that the chancellor had “simply not listened to the majority of business facing significant uplifts from the 2017 revaluation”.

“Pre-Budget hype promised so much more from this chancellor but he has failed to listen,” Jones said. “For a tax system to impose on the worst affected a 42% increase in their liability and so clearly differentiate between small and all other businesses, is in our view inequitable.”

“The devil will be in the detail as to the rules for distributing the hardship fund. However, we have real concerns as to whether local authorities will fairly distribute the additional relief fund. We simply don’t believe that relief in a tax system should be based on those that shout loudest,” he added. 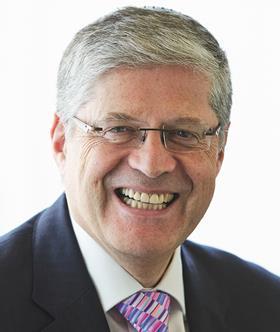 “New reliefs will be welcomed by the lucky few, but in truth the £435m of new assistance was no more than knee-jerk tinkering designed to take the edge of the worst rises and secure some positive headlines. The measures give the impression of a government that is listening to business, but are actually a pathetic attempt to kick the issue into the long grass.”

Tim Attridge, head of rating for central London at CBRE, said the changes were “too little too late” and amounted to a “drop in the ocean”.

“There is £180m for Councils to use at their discretion this financial year, we will wait for more detailed guidelines, but with bills being issued as the Chancellor was speaking it is difficult to see how business experiencing significant rises in rates liability from 1 April will take any comfort from this.”

Reaction from across the industry

Mike Flecknoe, partner, ratings at Cushman & Wakefield: “This was a golden opportunity for the Chancellor to show he had listened to the very real problems so many firms are facing with significant increases in their Business Rates bills following the 2017 Revaluation.  No-one seriously suggests that rates should be scrapped as the chancellor rightly pointed out they are a key element of public finance.

“We await detail on the government’s preferred future approach to make the system fairer and on his suggestion that digital businesses may currently have an unfair advantage over traditional firms.  However, the three solid measures he outlined in his speech, whilst welcome for those few small businesses that benefit, are clearly a sticking plaster response to a grave situation and are wholly inadequate.”

David Parker, head of rating at Savills: “Whilst the measures announced in today’s Budget regarding business rates are welcome, it is disappointing that their extent will not address many of the problems UK businesses are facing with their business rates liabilities.

Marcus Dorfman, head of business rates at Strutt & Parker: “Reform for business rates is long overdue to make the process fairer. The Valuation Office would undoubtedly benefit from increased resources in order to enable it to effectively undertake more frequent revaluations that have been proposed.

“The commitment to a timescale for a preferred approach and the consultation is certainly encouraging and should provide some comfort for the industry that it is in hand, although it is currently unclear as to whether any changes to the system will be in place by the 2022 rating list.

“A number of occupiers, particularly restaurant and leisure operators for whom rent and rates make up a significant portion of operating costs will still feel a considerable impact from the increases with possible knock on effects from landlords where voids occur.”

Edward Cooke, CEO of Revo: “In his speech the Chancellor seemed to reference the importance of creating a tax system that takes into account the changing nature of the retail market. But there is scant evidence that his or his advisors’ thinking has moved beyond this basic fact.

“Indeed, in the Budget Red Book business rates are forecast to increase by £4.2bn over the next four years, which doesn’t feel like they have understood the impact this punitive tax is having on investment in our towns and cities. As evidenced in our recent research, this failure to act is an enormous disincentive to inward investment and indigenous business growth.”