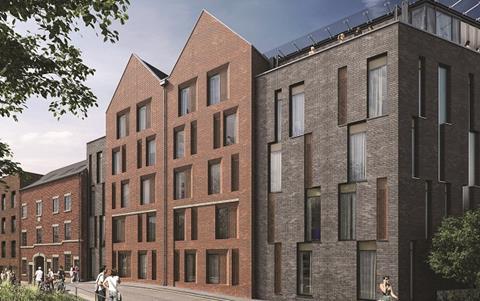 The JV is targeting a 10,0000-bed portfolio within the next five years and is close to agreeing deals on sites that will deliver 3,000 beds. It has £50m of equity immediately available to help fund land purchases and plans to raise debt alongside that.

The JV will seed the portfolio with Guilden Park, a 557-bed scheme in Guildford that it hopes to secure planning for in the next few months. It will submit planning for a further 230 student beds in Colchester shortly and will part-fund the development of Southern Grove’s 246-bed Steel City scheme in Sheffield, which already has planning permission.

The schemes mark Southern Grove’s first foray into the student market. It has previously targeted residential-led schemes, primarily in London, and to date has delivered projects with a combined GDV of around £500m.

Tadhamon Capital executive director of investments Hesham AlGassab said the Brexit vote had not dampened the firm’s belief in the strength of UK real estate.

“With the level of expertise involved, we trust that the Future Generation platform will be able to deliver and operate high-quality schemes across the UK,” he added.

In the current market, owning 10,000 beds would make Future Generation the sixth-biggest owner in terms of bed numbers, ahead of Sanctuary, which owns an estimated 9,000 beds, and Brookfield, according to data provided by Savills.

Future Generation will own and manage the entire portfolio, and will focus on high-end developments that offer rooftop social space and leisure facilities.

Andrew Southern, chairman of the Southern Grove group of companies, said the JV had drawn up a “hit list of areas” to target and would focus on areas where demand outstrips the number of units with planning permission.

Tadhamon Capital has invested in the UK market since 2009, focusing on student accommodation, the education sector, care homes and social housing.

JLL is advising the JV.