Shaftesbury has signed specialist chocolaterie Choccywoccydoodah for a London flagship at 27 Shorts Gardens at Seven Dials. 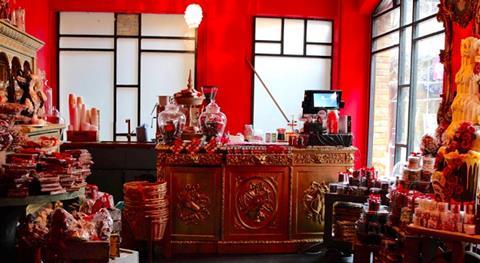 The two-floor site has been designed by Choccywoccydoodah’s in-house team to feature a café on the lower level, serving hot chocolate, cake and chocolate fondue with strawberries alongside a store selling hand crafted chocolate and cakes. The parlour also offers a separate space for private bookings and events.

Choccywoccydoodah was founded in 1994 by Christine Taylor and Christine Garratt and has established a successful Brighton store which featured in a TV documentary show.

Taylor said: “We are very excited to move into Seven Dials. It’s a vibrant location to explore and we can’t wait to join the community and share some chocolate with our new neighbours, as well as Seven Dials’ many visitors.”

Sam Bain-Mollison, head of retail at Shaftesbury, added: “Choccywoccydoodah provides a retail experience to include a larger café and build upon their previous success, creating a London flagship in the heart of the West End. Their eye-catching offer is part of a huge array brands and operators unique to Seven Dials.”

The signing follows recent arrivals to Seven Dials including On the Dak, which is a debut dining concept from the founders of On the Bab; Skinnydip, which has opened its first ever in-store nail bar; and the Sonos store, which is the only one outside of the US.