Savills has secured a high-profile new hire for its retail and leisure team with the appointment of former Masterchef finalist and property surveyor Billy Wright as a restaurant specialist. 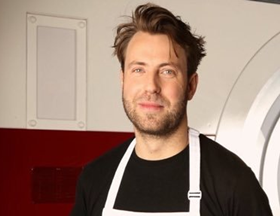 Star turn: Billy Wright will now be serving up his restaurant knowledge at Savills

In his new role, Wright will combine both aspects of his background working with the central London retail team and national retail and leisure division, using his trend-led knowledge of food and the restaurant sector to advise both occupiers and landlords in the capital and beyond.

Wright founded MPW Developments and also worked as a surveyor specialising in restaurant acquisitions for Randall Commercial in London, before reaching the final of Masterchef in 2016.

Following his success on the BBC show, he teamed up with fellow finalist Jack Layer to launch ‘Billy and Jack’, a creative food company offering menu development and consultancy services to restaurant operators as well as supper clubs.

We still can't believe we did it. With the help of more than a few friends and 350 of you lovely people (aswell as those who've donated). THANK YOU!! We'll update you when we know how much we've raised. @CR_UK #WorldCancerDay #cancersucks 📸 @The1harris pic.twitter.com/Lf8eeza9D3

Wright said launching his own restaurant business has given him a “completely new perspective on the industry” and he is “excited” to bring his skills to Savills.

Alan Spencer, head of central London retail at Savills, added: “The role of traditional property advice is evolving and we have recognised that clients are increasingly seeking bespoke solutions based on specialist knowledge of the business of restaurants and retail. Billy’s unique experience and wealth of industry contacts adds a new element to our expertise and we are delighted to be welcoming him to Savills.”