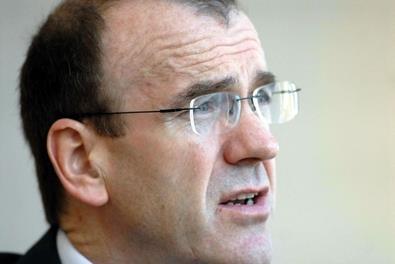 Tesco chief executive Sir Terry Leahy has been selected to sit on the board of Liverpools’ new economic development company Liverpool Vision.

Sir Terry Leahy said he believed the new company would help the city to maximise its potential through regeneration and inward investment.

He said: ‘Liverpool is my home city and I feel strongly about its future so I'm delighted to have this role with Liverpool Vision. I've had the opportunity to meet Mike Parker and am impressed by his ambitions for the city.

‘I very much look forward to making a contribution to Liverpool Vision, which has the potential to bring together ideas and resources that will ensure big plans can become a reality.’

More than 60 people expressed an interest for one of the six posts on the board of the city’s main regeneration organisation, formed from the merger of Liverpool Land Development Company, BusinessLiverpool and the former Liverpool Vision.

Parker said: ‘Be in no doubt that these are important roles and I want passionate and committed people to help Liverpool Vision be a real driver of the economy and regeneration in this city.’