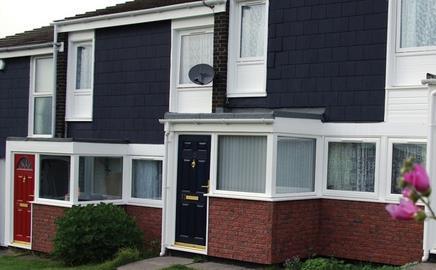 She said 'studentification' of university towns is a real concern especially during the summer months when neighbourhoods are left dormant because too many properties in one area are rented to groups of students.

Queens University in Belfast was listed as an example of this effect. Flint said students typically live within a mile of campus and make up more than half of all households in the area with some streets exclusively occupied by students.

The reports lists a series of measures it says will ‘tackle and stop the complex causes and symptoms of concentrated student neighbourhoods’.

Flint said: ‘It is not acceptable that current rental practices allow unplanned student enclaves to evolve to such an extent that local communities are left living as ghost towns following the summer student exodus.

‘Today's report has identified a series of proven steps councils and universities can take to reduce the dramatic effects of 'studentification' where Houses of Multiple Occupation (HMOs) cluster too closely together.

‘I also want to consider further how the planning proposals might help councils change term time only towns into properly planned towns that blend the student populations into well mixed neighbourhoods that are alive all year round.’

She said there are clear economic benefits from student populations but their dramatic growth in recent years has seen this type of housing problem increase because students typically group together to rent properties.