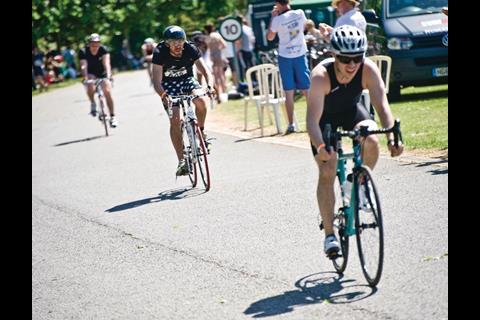 Jim Roberts of Ashurst chases down another competitor 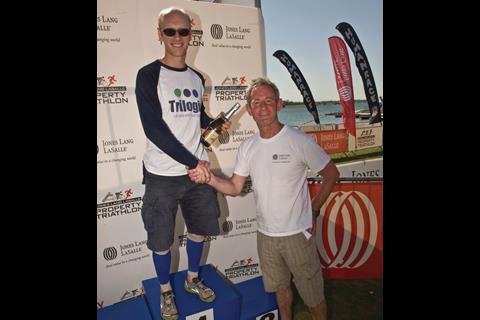 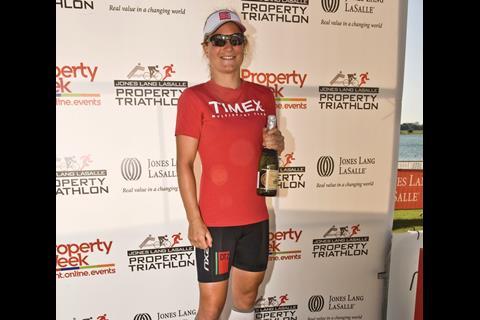 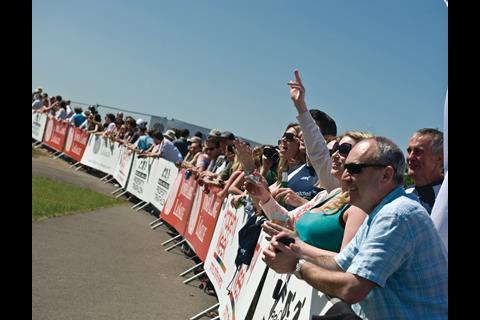 Thousands of supporters lined the course, which will be the scene of the Olympic and Paralympic rowing and kayaking events in a few weeks’ time 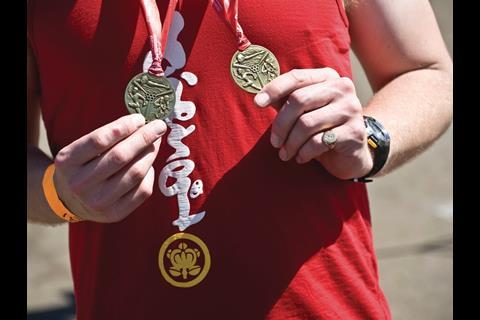 Participants at this year’s triathlon have raised £110,000 for Macmillan Cancer Care 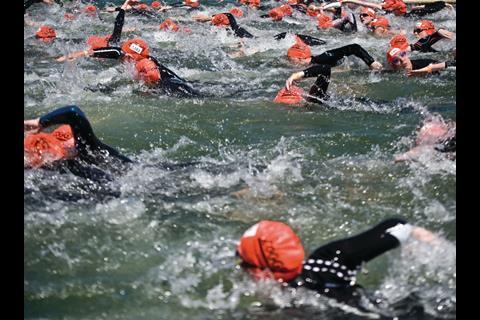 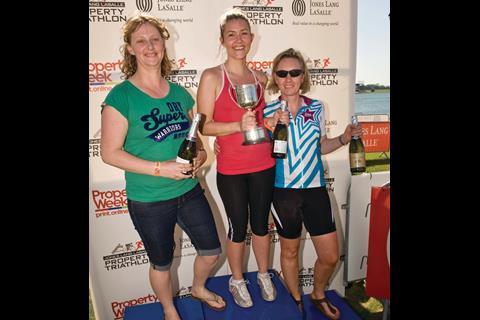 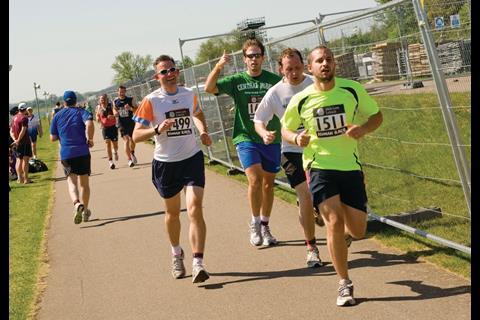 Fleuret’s A Team and Instant give the thumbs-up 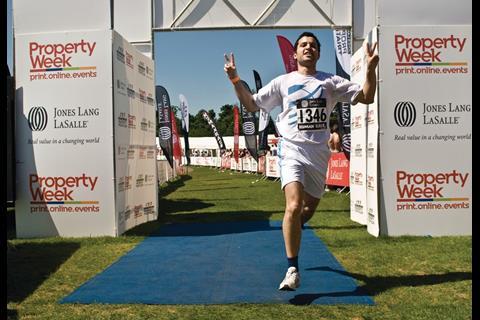 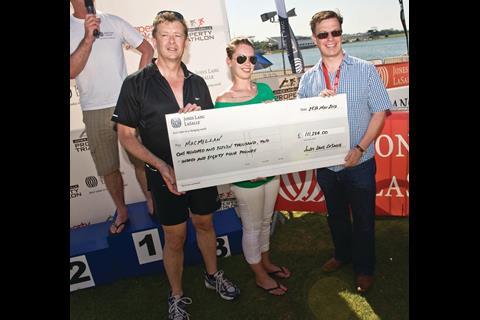 The triathlon, held six weeks earlier than usual to accommodate the Olympic and Paralympic Games rowing and kayaking events at the lake, brought together more than 2,300 competitors who slogged it out through swimming, cycling and running.

Cream of the crop was London & Devonshire’s Darren Milne, who completed the course in 1 hour and 45 seconds, more than a minute faster than last year (results table, overleaf).

Fastest woman, for the second year running, was DTZ’s Melissa Brand, who completed the course in 1 hour, 12 minutes and 3 seconds.

Other notable mentions go to Nabarro’s Deborah Lloyd in the female over-50 category and Ian Hamilton of Aggregate Industries in the male over-60 category, both of whom managed to beat Property Week’s relay team, the ironically named “Newsflash: Property Heroes Triumph at Triathlon”.

At the end of a sweltering day, JLL UK chairman Richard Batten was also able to announce that, after raising more than £110,000 on the day, the triathlon has now raised more than £1m for charity in six years. This year’s charity beneficiary was Macmillan Cancer Care. 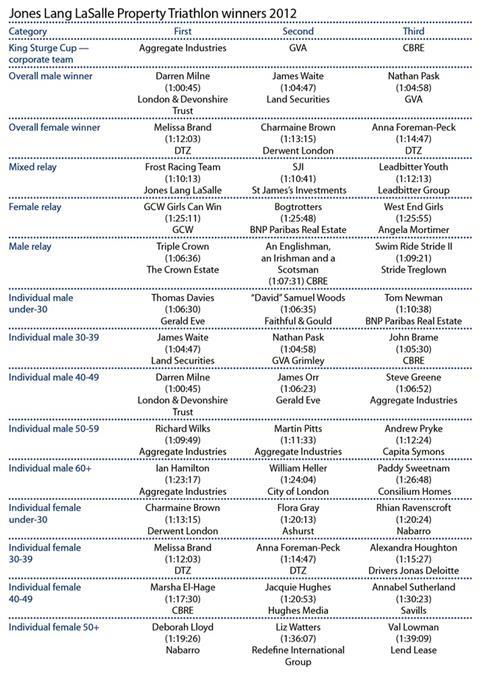 Go to propertyweek.com/tv to watch videos from the day at Dorney Lake, including interviews with Jones Lang LaSalle UK executive chairman Richard Batten, and the fastest man and woman.