The Wolseley owners to open highest restaurant in London 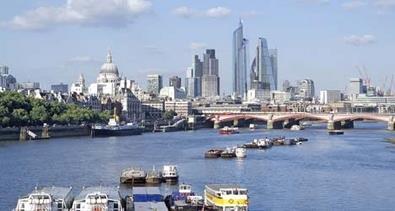 The owners of the celebrity-favoured Wolseley restaurant on Picadilly have agreed to lease the top floors of the proposed The Pinnacle tower scheme in the City of London.

Rex Restaurants Associates, headed by restaurateurs Chris Corbin and Jeremy King, has agreed to take 13,000 sq ft of space for a restaurant and cocktail bar on levels 58 to 63 of the almost 300m high Pinnacle scheme. It will be open to the general public as well as office tenants and will have 360 degree views of London.

Rex Restaurants owns The Wolseley in Piccadilly and St Alban in Regent Street. Corbin and King were the former proprietors of Le Caprice, The Ivy and J. Sheekey.

Khalid Affara, managing director Arab Investments which will manage the development, said: ‘I am delighted to have reached agreement with Rex Restaurants Associates to provide the sort of high quality restaurant which

'The Pinnacle and its tenants expect and deserve. We look forward to them creating what will be one of the best restaurants in Europe as part of a truly iconic addition to the London skyline.’

The Pinnacle, designed by the international architect Kohn Pederson Fox Architects, will have 63 floors and around 1m sq ft of office space in the historic Bishopsgate area of London.

Demolition work on the site has been completed and completion is estimated for the first half of 2012.