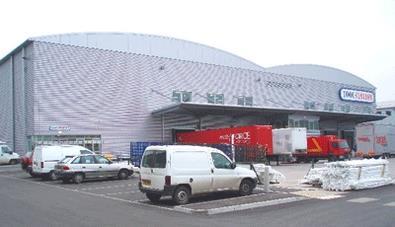 Tools and fixings supplier Toolstation has signed up for a 140,000 sq ft distribution complex at Quintain Estates’ Arrow Valley scheme in Redditch, Worcestershire.

Toolstation has taken a 15 year lease on the scheme to support its nationwide expansion drive.

King Sturge partner Paul Durrant, who let the building along with joint agent North Rae Sanders, said: ‘This is great deal with a good quality occupier especially given the difficult market conditions.

'There aren’t many occupiers around in the current economic climate who have the money to expand, and their requirement was well-known, so a lot of schemes were after them.’

The building will stock trade counters throughout the UK. It has 40 trade counters open or under development, and wants to expand to more than 100 outlets.