US president Donald Trump’s family business has outlined plans to invest £150m in a major residential development within its Aberdeen golf and leisure resort. 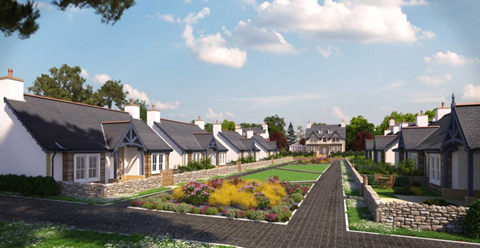 The Trump Organisation has announced plans for the second phase of the 1,500 acre estate north of Aberdeen will comprise of 500 residential homes, 50 hotel cottages, a new sports centre, retail and commercial spaces alongside further leisure facilities. Plans have already been granted outline approval and submitted to Aberdeenshire Council.

The residential element of the scheme has been branded The Trump Estate and will provide a range of two, three, four and five bedroom cottages, townhouses and mansions within the Trump International Golf Links estate at Menie, near Balmedie.

This latest tranche of investment forms part of a £750m multi-phased development at the Scottish site which already features a championship golf course, at which the US president has been a frequent visitor, clubhouse and the MacLeod House & Lodge. Future phases will be brought forward on a similar mixed-use basis. 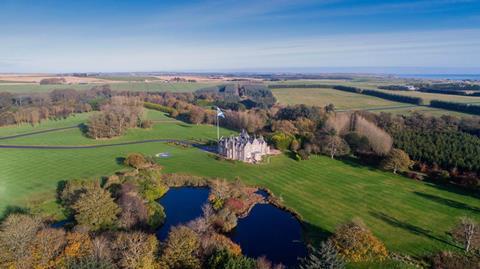 The president’s son Eric Trump, who now leads The Trump Organisation alongside brother Donald Junior, said: “We own a truly phenomenal property along the coast of North East Scotland and remain fully committed to our long-term vision for the site. The timing is now right for us to release the next phase of investment and the significant economic benefits this brings. Initial interest to our plans have been incredible and, subject to detailed planning approval, we are aiming to break ground next year.”

Colin Clark, Scottish MP for Gordon, has given his backing to the proposals and said the investment is “very good news for the local economy and demonstrates what a great region Aberdeenshire is for international investors”.

US president Trump first applied for permission to create what he has termed as “the world’s greatest golf course” at Menie in 2006 but Aberdeenshire Council rejected the proposal. The £100m application was later called in by the Scottish Government, and ministers granted it planning approval in November 2008.

Find out more - US Embassy relocation: was it a bad deal?