UBS is looking to launch two new debt funds – but has stepped back from plans to launch a second central London office fund. 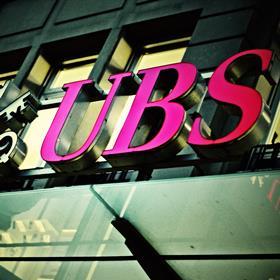 Last year, the bank’s real estate fund management business raised £141m for its first debt fund, UBS Participating Real Estate Mortgage Fund (PREMF) and in the next 10 days, it expects to complete its second close of £25m. It is looking to grow the size of the UK-focused fund to between £275m and £300m by June.

The fund, whose strategy is to offer financing of up to 80% loan to value (LTV), without selling down the senior or mezzanine portion, is targeting a net return to investors of 8-10%.

So far, the fund has committed £102m through eight or nine loans. It has an investment period that ends in June 2016.

In the meantime, Anthony Shayle, head of global real estate UK debt at UBS, said UBS would be looking to launch a second fund, PREMF II, so that it can carry on lending to its borrowers without a break between funds. “It’s got to be an end to end process,” he said.

Shayle said UBS was also considering launching another debt fund focused on continental Europe. The €500m fund would have a more conservative approach, offering senior loans of up to 70-75% LTV, and therefore have a lower targeted return than PREMF.

Last spring, UBS said it was looking to launch a successor to UBS Central London Office Value Added Fund (UBS-CLOVA) which is due to come to the end of its life cycle at the end of the year.

However, Sam Sananes, portfolio manager for UBS-CLOVA, revealed that UBS had decided not to go ahead because of how far the market had already moved.

“We took the view that we would rather focus on delivering fund one than risk doing a second one a little too late in the cycle,” he said.

UBS-CLOVA was the best performing fund in the AREF/IPD UK Quarterly Property Fund delivering an annual return of 43.9%. The previously troubled UBS Triton fund also had a good year, posting returns of 19%.