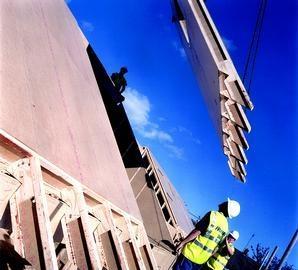 UK housebuilders said that the government’s new housing measures are not only ineffective but have ruptured consumer confidence, especially in the wake of job losses.

The report, which surveys senior decision-makers in the biggest UK housebuilding firms, also showed that:

Last month’s government housing initiatives were viewed as ’tokenism’ by the industry, with one senior industry member branding the announcement as ’a press-spin exercise that has failed’

Housebuilders believe that interim and small scale initiatives are ‘extremely unhelpful to the average buyer which views them as an alarm bell to warn against purchasing a property.

Housebuilders think that the stamp duty holiday that was designed to encourage buyers will not have an impact on regions like the South-East where there are few houses under £175,000 and where cheaper housing is available, the concession is being used to drive prices down in the £175,000 - £200,000 bracket

Flats have been most affected by the downturn in consumer confidence, as they tend to be favoured by first-time buyers.

Many proposed schemes are now being mothballed and it is predicted new starts will decline by 60% in the run up to Christmas ‘unless a significant government or Bank of England move to improve liquidity is initiated’.

Housebuilders have suggested the gvernment could be more effective if it abolished home improvement packs, abolished stamp duty below £250,000 to better reflect house prices in areas like London / South East, offered first time buyers loans through the government’s bank Northern Rock, related section 106 payments to the market value of schemes rather than a fixed sum, and ‘eradicate empty rates liability which is making a bad situation worse’.

Trevor Nicholson, CBRE’s director of national development, said: ‘Housebuilders are concerned that not enough is being done to build confidence and support the delivery of new homes in an increasingly difficult market. Market recovery requires more than just a few buyers and is dependent upon supply.

‘The development of the professional rented sector will ensure supply is bolstered and that the Government goes some way to achieving its housing targets for 2020.

'The findings of the Housebuilder Snapshot Report highlights concerns from the front line, and points to the need for a rethink on policy to support an industry that is important to the UK’s overall economic recovery in the long run.’