UK 'in recession and things will be grim' says economist Bootle 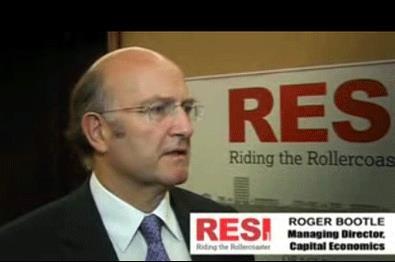 The UK is in recession and things are going to be grim - that's the depressing message from the Managing Director of Capital Economics, Roger Bootle.

Speaking at the RESI 08 conference at Celtic Manor in South Wales, Bootle said that whatever economists called it, what people were exeriencing was 'grim'.

He said that he expected unemployment to rise - possibly by as much as 1 million - and that this would seriously impact on the housing market.

He said the speed at which house prices were falling could potentially be 'healthy' for the economy and could result in things recovering more quickly.

You can see the entire interview below.