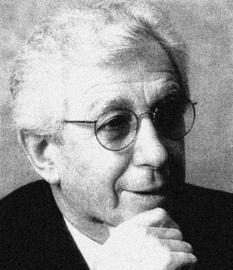 A US senate sub committee today asserted in a report that Westfield chairman Frank Lowy used a US corporation and took other steps to hide ownership of his assets from Australian tax authorities for the purpose of avoiding tax obligations.

The 115-page report report examines the secrecy surrounding offshore bank accounts held with banks including UBS and the Liechtenstein LGT bank. It was prepared by the Senate Permanent Subcommittee on Investigations and names eight individuals it alleges used offshore accounts to dodge taxes, including Frank Lowy.

It alleges that by 2001 at least $68m flowed into a foundation account called Luperla and were funneled back through a Delaware Corporation. whose financial beneficiares, it alleges, are Frank Lowy and his three sons.

The US senate has referred the matter to the Australian Tax Office which is investigating the matter in conjunction with the Lowy family.
In a statement issued today on Lowy's behalf it said he totally rejected the assertion made in the report that he or his family had avoided paying tax.

Stolen documents
It said the report from the US subcommittee relies on certain documents originally stolen from a Liechtenstein Bank.

'It draws inferences from the documents and states them as facts - without verifying their contents or inquiring into the real facts. Under the Australian tax system the use of Liechtenstein structures to hold assets is not illegal or imprope.'

The statement also said that before publishing the report the US subcommittee 'failed to give Frank Lowy or his family any meaningful opportunity to be heard or otherwise have the true position stated. This amounts to a denial of natural justice.'

'Mr Lowy insists that neither he nor any member of his family has done anything improper. No attempt was made to save any Australian tax. Nor is it considered that any Australian tax was in fact saved,' it said.

It added: 'The report claims that the Lowy family were beneficiaries of a Liechtenstein structure. This is not correct. Neither Frank Lowy nor any member of his family ever received any distributions or benefited in any way from the structure.

'The report fails to mention the fact that all of the funds held in the structure in the Liechtenstein Bank were distributed for charitable purposes in Israel some years ago.'

It also said: 'It is understood that the Australian Taxation Office obtained possession of the stolen documents referred to by the subcommittee over 12 months ago. Since then it has been carrying out a detailed and thorough audit of the matter.

'Frank Lowy and his family have and will continue to fully cooperate in this process. The Australian Taxation Office has expressed to Mr Lowy appreciation for his cooperation in a letter dated 8 October 2007 and in another letter dated 11 April 2008, as well as in the most recent meetings.'