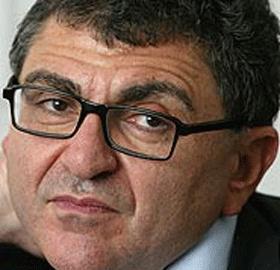 Vincent Tchenguiz is under offer to buy the Standard Chartered building on Basinghall Avenue in the City of London for £200m in his first UK commercial property deal since the middle of last year.

Tchenguiz’s Consensus Group is thought to have agreed to buy the 200,000 sq ft building at 1 Basinghall Avenue from a Middle Eastern consortium.

The building is let to Standard Chartered on a 20 year lease that began in 2007 and which pays an annual rent of around £10m a year.

Standard Chartered originally bought the site from The City of London Unit Trust (CLOUT), the unit trust managed by Schroders and advised by Pillar Property, at the end of 2005 for around £120m.

It then soon after carried out a £170m sale and leaseback with Irish group Sloane Capital, the property investment vehicle for horse racing tycoons John Magnier and JP McManus and Limerick property investor Aidan Brooks.

A spokesman for Consensus Business Group declined to comment.

The last UK commercial purchase by Tchenguiz was in May last year when Rainlodge, ultimately owned by the Tchenguiz family trust and advised by Consensus Business Group, bought a student hall in Leeds for £10.6m from Unite, reflecting a net initial yield of 5.7%.

Consensus has also sold a number of major assets in the UK in the past two years, notably selling Shell-Mex House in the West End for £490m to American private equity firm Westbrook.