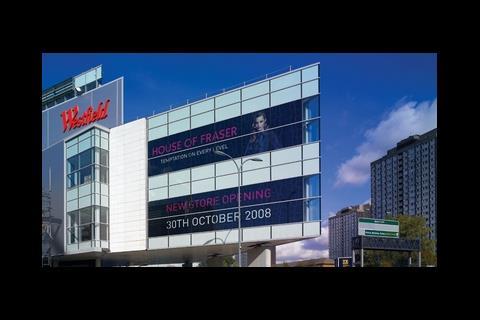 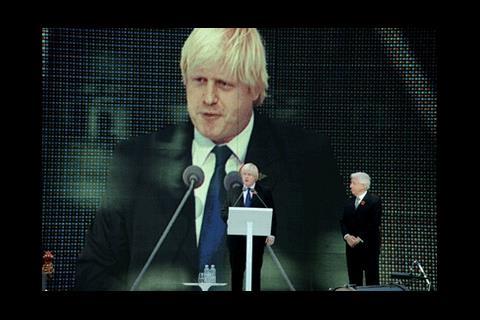 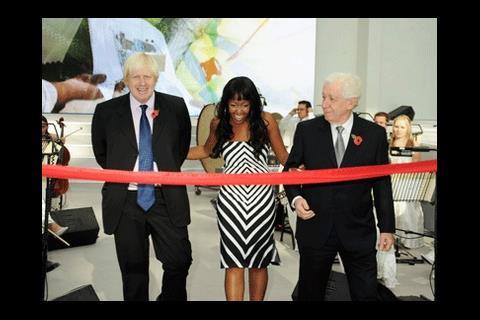 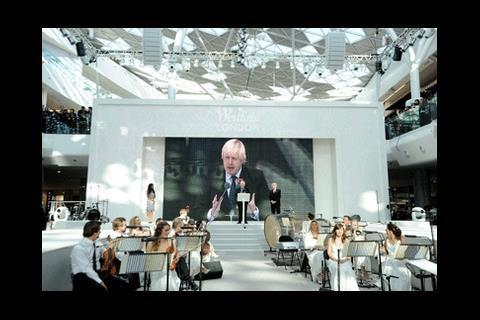 The centre, anchored by House of Fraser, Marks & Spencer, Debenhams, Next and Waitrose, cost £1.7 bn to build with Westfield’s share being £1.1 billion on which it expects a stablised income yield of 5.25% in line with its forecast.

It has more than 280 shops with 47 restaurants and its 14 screen Cinema de Lux cinema will open in the second half of 2009.

Hubert Spechtenhauser, chief executive officer at Commerz Real, said: 'This centre is opening almost entirely let and most shops are let on 15 year leases making it a great investment.'

BBC presenter Angelica Bell hosted the opening event this morning, introducing the ceremony asking: ‘How exciting is this? Are you ready to shop?’.

Based at the BBC building near to the site, she said she had seen it being built ‘brick by brick’ adding 'it’s better than I expected’.

Boris Johnson ridiculed suggestions that this was the wrong time to open a new shopping centre ‘as big as Buckingham Palace and its gardens'.

Questions about the feasibility of the centre during the downturn made for ‘the silliest question I’ve been asked’, he said, adding that it will bring 7,000 local jobs to the area.

‘The shopping centre will still be here after this recession and the next recession and after the one after that have faded from memory,’ he said, congratulating the throng for taking Thursday morning off work to shop.

The opening ceremony was streamed live here at 10.30am