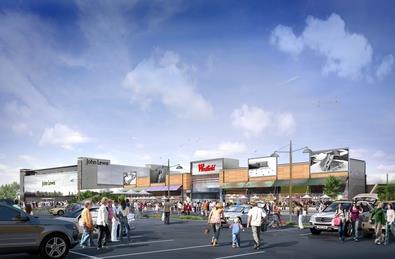 Initial plans to extend retail at Sprucefield, near Belfast, by 500,000 sq ft were approved in 2005, but were later challenged and eventually overturned last year following a judicial review. Objectors criticised the scheme for going against the policy to prioritise town-centre schemes.

Scheme reduced in size
The scheme consists of a John Lewis department store plus 19 units totalling 538,000 sq ft to include fashion, homeware, leisure as well as cafes and eateries.The revised proposal has been scaled back to a single level scheme with 19 units – a 34% reduction on the original number.

Westfield intends to apply for a public hearing under Article 31 of the Planning (Northern Ireland) Order 1991 so that the Sprucefield scheme can be subjected to a public inquiry.

Serious delays
Steven Hassel, development director at Westfield said: ‘Westfield is committed to delivering the Sprucefield development and the substantial economic and social benefits the scheme will bring to the people of Northern Ireland. This project has been subject to serious delay. It is a scheme of regional significance in Northern Ireland and we believe that a public inquiry should be held as soon as possible so that the community and economy can benefit from the enhanced retail offer provided by the scheme and the 2,000 jobs that will be created.’

Gareth Thomas, director retail design & development at John Lewis said: ‘We are extremely confident in the future of retailing in Northern Ireland and the Sprucefield scheme.’