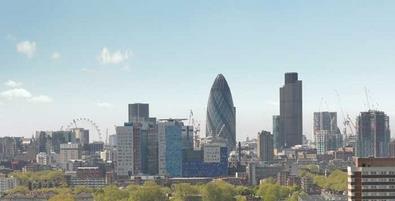 Irvine Sellar, who is developing the 1.2m sq ft Shard at London Bridge, is broadly in support of Johnson’s early thoughts on the London Plan.

‘I think he has taken a very balanced approach, particularly with the need to maintain London’s heritage amid the new developments that will continue to be built once the economic situation has improved,’ he says.

‘We, of course, need to keep adapting as a city, but we cannot forget that part of what makes London attractive is its history, so there has to be a pragmatic approach to that.’

Sellar adds that much of the ‘new’ London Plan followed on from the vision of former mayor Ken Livingstone.

‘A lot of the positive aspects, such as affordable housing provision, are being further developed, which is very good to see.’

Ian Fox, managing director of Targetfollow, which owns the Centre Point tower in the West End, is encouraged by early noises from City Hall about the future of development in London.

Fox has plenty at stake. Targetfollow has planning permission for 300,000 sq ft of offices at 60-70 St Mary Axe in the City of London, which are on hold until market conditions improve. There are also musings about the redevelopment of Targetfollow’s holdings around the base of Centre Point. The £85m tower became fully let for the first time last month.

‘The most important thing is that the new London Plan will have to be pragmatic,’ says Fox. ‘This is not a great climate for development and it is going to be much harder to make developments viable.’

‘There is much in the plan to be welcomed but it must ensure London’s competitiveness remains and that strategic planning policies stimulate and incentivise development,’ she says.

Planners: An inner and outer balance

London will watch closely to see whether Boris Johnson fulfils his promise to take a collaborative approach to planning issues rather than the dictatorial rule of his predecessor, Ken Livingstone.

Westminster City Council is one of 14 central London boroughs that is consulting on amendments to the London Plan. It says it welcomes Johnson’s focus on delegating power to individual boroughs.

Barry Smith, head of city planning policy at Westminster, believes this closer unity will be necessary to revise the strategy for ‘opportunity areas’ in light of the downturn. Within Westminster such areas are Paddington, Victoria and parts of Tottenham Court Road.

‘Growth targets need to be reassessed as times have moved on and we would like to work with the mayor to reassess those,’ he says.

Smith is more positive about the prospects of this than under Livingstone. ‘Previously, I’m not sure there was the expertise and will to get out and do that under the previous mayor,’ he says.

John Watson, partner in the planning and development team at Cushman & Wakefield, spent 20 years at the City of London corporation and rose to assistant director of planning.

He says Johnson will need to strike the right balance between support for the outer London boroughs and his backing for the City – still London’s economic driving force.

‘You do not want a situation where the City feels it is being neglected because it is still the main economic driver for London,’ says Watson. ‘Of course, we need to support the outer boroughs, but it would be too far if that was at the expense of central London. That may be a battleground.’

The future economic unity of London is an issue that planning lawyer Tim Hellier believes should be at the heart of the London Plan.

He sees the Olympics and Heathrow’s prospective expansion as possible factors in a rift.

‘There is perhaps a lack of coherence in the plan, particularly in how the east and west are treated,’ says the partner and head of planning and environment at Berwin Leighton Paisner. ‘There is a sense that the west will stultify as Westminster takes an increasingly protectionist role. The plan does not fully recognise the regeneration needs of that subregion.’

Johnson’s opposition to a third runway at Heathrow is another issue that needs to be clarified, says Hellier.

‘It is naive to think that the economy associated with Heathrow can simply be switched to the east and relocated around the Thames Estuary.’

Lobbyists: Should we ease off on section 106?

The obligation of developers to provide affordable housing is also a contentious issue that should be reconsidered, believes British Property Federation director of commercial and residential Ian Fletcher.

‘It is politically difficult for the mayor to backtrack from affordable housing targets, but he should be thinking seriously about whether this is the time to be committing to policies that might last five years when the whole economics of housing development is in so much flux,’ he says.

Judith Salomon, director of planning and development at London First, has similar concerns. Local authorities may need to temper their demands.

‘It’s always been a tension,’ says Salomon. ‘It’s predominantly a Westminster and West End issue and, to some degree, Camden.

‘But the world is a different place now. I think there will have to be a more gradual approach. Much of what developers have been able to provide [in terms of public realm and transport] has been taken for granted.’

‘Developers can’t commit to much more than they are doing now, and this has to be recognised,’ she concludes.

Helping the property industry emerge from the downturn should be the main focus of the London Plan, believes DTZ’s head of UK and Ireland, John Forrester.

‘We are in a market where very little development is going to being carried out by the private sector for the next four years, and it will be looking to the public sector to see what can be done to stimulate both the commercial and residential property market,’ he says.

‘So much financing of infrastructure has been carried out by the private sector. There could be an absence of that up to 2011/12.’

The London Plan should relax the unpopular demands put on developers that are active in London.

‘A revision of section 106 and the amount of social housing that is required needs to be reconsidered,’ says Forrester. ‘I would like a revision of empty rates. It is really hurting small and medium-sized companies that have too much space and can’t afford to move out of it because of a rates issue.’

Autumn 2009
Full draft of the new London Plan is published

Autumn 2011
Mayor will give notice to the Government Office for London of his intention to publish. Ministers will have a period of time to consider whether they want to make any changes