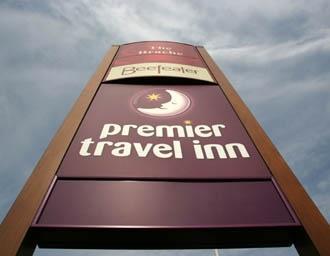 Whitbread has embarked on a £100m expansion of its Premier Inn hotel chain and plans six new hotels in London over the next three years.

The UK's largest hotel and restaurant group said in a stock exchange announcement today that it had agreed to buy the Quality Hotel in Westminster, Kensington’s Comfort Inn, and the Purple Hotel in the City of London from the Real Hotel Company for £18.5m in cash.

It said the purchases, which are subject to the vendor’s shareholder approval, would add 400 rooms and an additional £12m would be spent converting them to Premier Inn hotels.

Whitbread has also secured the first right of refusal to buy all 12 of the remaining Purple hotels from the Real Hotel Company should they come up for sale.
Premier Inn is also developing three new hotels in the Greater London area in Waterloo, Ealing and Old Street in the City of London which together with extension to existing properties adds a further 800 new rooms. They are scheduled to open by 2011. Whitbread said £6.5m will be invested in these leasehold developments which have a capital value of around £70m.

It already owns 44 hotels in London comprising around 5,300 rooms and today’s expansion plans will increase the total number of rooms in the capital to 6,500, with a further pipeline of 2,000 rooms expected to be announced over the next twelve months. It said that together, the expansion will represent an increase of 60% to Premier Inn's London estate.

Alan Parker, chief executive officer at Whitbread, said: 'We have exciting expansion plans for Premier Inn in London and today's addition of 1200 rooms is a great start. The capital is an important focus for Premier Inn, and there is an increasing need for high quality, affordable accommodation.

Our further pipeline will position us as the largest hotel chain in London with at least 8,500 rooms before the Olympics in 2012.'