To mark International Women’s Day 2021, Property Week is publishing comment pieces from female voices from across the industry every day this week. Today Montagu Evans graduate Surveyor Bethany Bennett writes about why for those starting out in their careers, observing ambitious female figures is tremendously motivating. 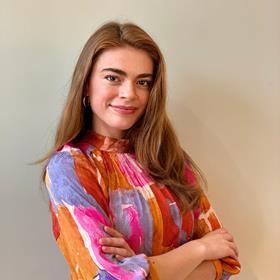 When Property Week first asked me to pen this piece, I immediately considered the ways in which real estate can still do better in attracting, retaining and supporting women.

I also thought about the women I’ve worked with up to this point, and how, alongside a handful of hard work and pinch of good luck, I simply would not be here today without them. So, I’d like to take this opportunity to shine a light on them this IWD: the women in real estate who have supported and continue to support and encourage me both as a property professional and a young woman.

During my second year at Oxford Brookes University, I had the chance to apply for a mentoring scheme, and not having much experience or connections in the industry, I jumped at the chance for exposure. My mentor Victoria Douek worked at Broadgate Estates at the time, and I managed to secure a month’s worth of experience there during that summer. During this first real taste of an office job, I was incredibly inspired by Victoria’s genuine passion for her job, her notable work ethic and her seemingly unlimited breadth of knowledge, and I soaked up all the information that she and the team were showering me in.

A couple of years later, and with a degree under my belt, Victoria helped me gain work experience at British Land, where I was most impressed by the firm and once again the support and confidence of the women there, who allowed me to shadow them and likely pepper them with my unwavering questions. It was at British Land that my eyes opened to the power of women using their voices and being wholeheartedly unafraid not only to address but also to challenge the inequalities that exist in a career I was about to embark on. This exposure and experience was incredibly influential, and without Victoria and the other women’s generosity and openness, I am almost certain I wouldn’t have the ambition and confidence that I possess today.

As is often true when you are part of a minority, you tend to stick together. Since joining Montagu Evans in 2019, I have met a number of supportive women, from partners to my fellow graduates. I was interviewed by Liz Dovey – a partner who began her career as a Monties graduate herself – and was immediately impressed by her and her career. So, when I secured the job, we arranged something of an informal mentoring arrangement. Since then, we catch up often for a coffee and I can confidently confide in her about my career progression, the wider business, and any challenges faced, and I have learned of and have been inspired by her own journey. Mentoring offers vital support to young women starting out, and it shouldn’t be underestimated how having a female role model or guide can help alleviate any apprehensions about being a woman in a male-dominated space.

Within my first week at Montagu Evans, I was approached by Joanna Hayward-Cook, a graduate who was previously in the team I had just joined. She offered to take me out for a coffee to get me up to speed on what I could expect during my time in the team and offered her hand for any help I might need. Approaching my second year, Joanna invited me to join her and a small community of women across a range of job roles in property for a ‘Lean-in Circle’ that meets monthly – a support system devised to connect and support women. The meet provides a safe space for us to discuss anything and everything, and offers a community away from work to engage with similar like-minded women.

Perhaps unbeknown to the women I have worked with, and not just those mentioned above, for a young and influential junior at the start of my career, observing ambitious female figures is tremendously motivating and confidence-boosting. There is a boundless amount of brilliant women who inspire me from afar – too many to mention here – so I would like to remind those who work hard, who encourage and support one another, and who use their voice to challenge the status quo that the work you are doing is being seen, is so appreciated, and is inspiring the next generation.

Being a junior female in real estate can sometimes feel daunting when the majority of senior members are men, and the road to the top – where many of us also aspire to be – can feel overwhelmingly long from the bottom looking up. Though our community may be small, in my experience, it’s a strong one. And though we may be few, I have so far only witnessed that women in property encourage growth and want to see others succeed, and for that I am most grateful. These are the women I want to celebrate and thank today.