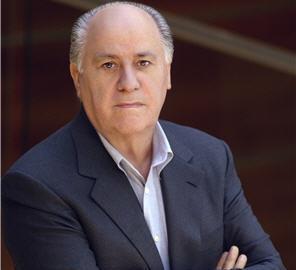 Property Week has learned that through his property arm Pontegadea, the man who owns Zara’s holdings company Inditex, has entered into an exclusivity period to buy lots 2-4 of the six lot portfolio, for about E500m (£348m), reflecting a yield of just less than 5%.

This follows the €275m (£191m) purchase of the Quartier 205 office complex in Berlin from Tishman Speyer, last week.

The agreement follows weeks of bidding uncertainty surrounding the portfolio. Two weeks ago, the bank received three bids for the entire portfolio from GE Real Estate, Goldman Sachs and RREEF. Within a week, there were no bids for the entire portfolio as RREEF and Goldman Sachs teamed up and began to prioritise and cherry-pick assets. GE Real Estate, which led a consortium including Pontegadea, also bid on only certain lots.

This week, GE Real Estate pulled out of the bidding race, leaving Pontegadea to bid on its own. The property arm, led by Julio Diaz Freijo and advised by Savills, is to purchase 11 properties, totalling 968,760 sq ft, let to the bank on 40 year leases.

Property Week also understands that no deal has been agreed for the sale of lot 1, Santander’s 1.2m sq ft headquarters or lot 5, which consists of 1,174 properties – 80% of which are bank branches with the remainder, larger offices.

It is understood that the pricing of all the assets has not changed during the bidding, a factor that has deterred a number of potential bidders as a result of the global credit crunch and investment market slowdown.