Andy Burnham, the new mayor of Greater Manchester, has been true to his mayoral campaign commitment to undertake a radical rewrite of the emerging spatial framework, most noticeably with a view to rolling back planned changes to the green belt. 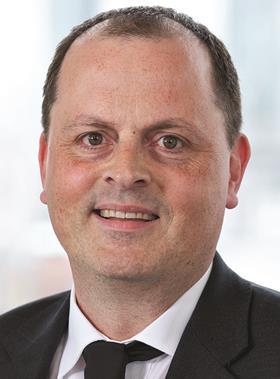 With momentum and goodwill behind him, Burnham is certainly in a strong position to turn his proposals into reality. His astute inner-circle appointments are also likely to strengthen his hand in chairing the Greater Manchester Combined Authority (GMCA).

This being said, perhaps his greatest challenges lie beyond his home turf - George Osborne’s conversion to a newspaper editor and a decidedly more home counties feel to the Conservative Party leadership have led to a sharp drop in talk of a ‘northern powerhouse’.

Allied to that, other regions are gradually challenging the head start that the work of the GMCA has given the city in the devolution game. The ongoing success of the West Midlands, now with a Conservative mayor, will challenge Manchester’s previously unrivalled position as the poster boy of English regional devolution. 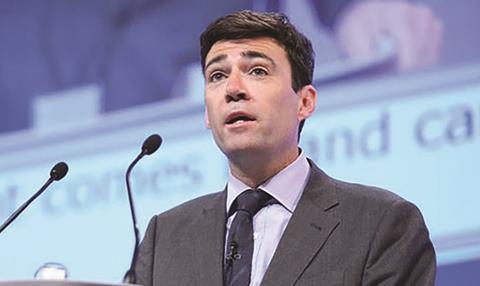 As a result, the framework will be an important statement of intent for Greater Manchester. While the prospect of a rewrite will be a disappointment to some, it should not come as a big surprise.

The election of the mayor in the midst of the framework’s preparation always held out the prospect of the new mayor imposing his style on this key plan. Equally, the scale of the proposed green-belt changes, however strong the case for them, was always going to bring the plan under intense scrutiny.

No hint of backtracking

The rewrite is unlikely to be a cosmetic exercise. Burnham is a conviction politician and his appointment of Salford mayor Paul Dennett to oversee the redraft offers no hint of any backtracking. Dennett’s ardent advocacy of tackling poverty, homelessness and inequality certainly gives weight to this outlook.

Burnham and the 10 Manchester authorities remain strongly pro-regeneration, so while there will be some delay in the preparation of the framework, it won’t fundamentally hold up housing delivery, most of which is being rightly focused on city centre living, brownfield regeneration and major strategic prospects in areas such as Trafford Waters and Carrington.

If Manchester is to tackle its housing crisis, however, the review should also shine a light on the underperformance of many smaller town centres in Greater Manchester. Revitalising these town centres can be achieved, but it will need cash, commitment and co-ordination. If carried out effectively, renewed investment could breathe new life into the heart of Greater Manchester’s towns.