No more newt terrors? EU wildlife laws to be reviewed

What do the Channel Tunnel and Monks Cross Shopping Park in York have in common? 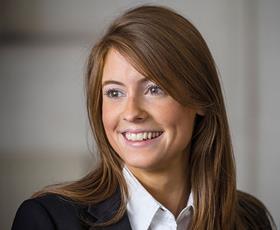 They are both large development projects that were held up due to protected animals having made their habitats on the sites.

In the case of the Channel Tunnel, two bridges complete with ancient woodland soil were constructed to give hazel dormice safe passage over the rail line. In 2013, the construction of Monks Cross was delayed by five months because 300 great-crested newts had to be rehomed.

It is therefore understandable that the thought of a development site being home to a family of bats or newts would strike fear into a developer’s heart - the process of surveying the site, assessing the short- and long-term impacts and planning either a redesign to accommodate the local wildlife, or mitigating to rehome animals, can prove to be time-consuming and expensive.

The recent news that the EU is carrying out a fitness check on its nature legislation (the Wild Birds Directive 2009 and the Habitats Directive 1992) may be welcome news to developers. Currently, if it is assessed that a project would adversely affect the integrity of a European site, it can only go ahead if it is concluded there are no reasonable alternatives and there are imperative reasons of overriding public interest.

This reform has been on the cards for a while - George Osborne said in his autumn statement four years ago that the government would “make sure that gold-plating of EU rules on things like habitats aren’t placing ridiculous costs on British businesses”, which in turn has implications for competitiveness.

However, developers should not get too excited by this news - the Wildlife and Countryside Act 1981 still protects a number of animals and habitats from development and it is unlikely that the rules will be significantly relaxed; on the whole the directive is considered to work well.

It is also important to remember that if the protections are relaxed, developers still need to carefully consider the impact a new development will have on the local wildlife, and environment more widely. Damaging a habitat could result in bad feelings and distrust from the local community, causing blocks to the development and negative press.

The outcome of the fitness check will be published in a Commission’s report in early 2016. Developers should pay close attention to the outcome, and in the meantime, keep a careful eye on animals that may have already moved in.