Like so many here in the north, I am a strong supporter the Northern Powerhouse and what it represents, so Philip Hammond’s declaration of intent in the Autumn Statement was encouraging. Unfortunately though, this is more than can be said for the strategy itself. 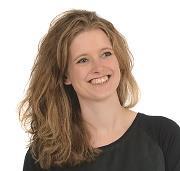 Recognition of the importance of our core cities and the northern economy is well rehearsed, and interestingly largely transcends Conservative and Labour divides - arguably Heseltine born, evolved by Prescott and developed by Osborne. But fortunes have changed since the EU referendum, and with it, momentum and certainty.

Today the logic upon which the Northern Powerhouse was built remains completely intact. A northern region, encompassing the core cities of Liverpool, Leeds, Manchester, Newcastle, and Sheffield, with economic potential beyond that currently being achieved but with structural infrastructure deficiencies restricting growth. The success of this Northern Powerhouse has direct implications for local and national prosperity (UK plc).

Even in that context though, there was uncertainty over how much backing this government would give to the initiative, which has been dogged since June 2014 with criticism that it is nothing more than a branding exercise for the north. Early indications on 23 November were that Hammond had done more than most expected.

As ever questions remain over how much of what was announced will be delivered and how much of it is new money. This includes the £100m for commercialisation of university research, ‘backing’ for the high speed rail link between Leeds and Manchester, unspecific business case funding for four major infrastructure projects including the Sheffield SuperTram, and northern LEPs receiving an additional £556m in the third round of the growth deals. But in the short term certainly, it will be enough to put the doubters at bay for a little while longer. 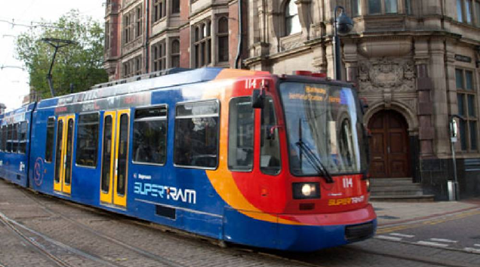 The Sheffield supertram will be boosted further by the funding

Alongside all of that, and perhaps somewhat under the radar, the government has released the so-called ‘Northern Powerhouse Strategy’. The timing of this document is important – with a foreword signed by the now chancellor Phillip Hammond, demonstrating that whilst the Powerhouse is perceived as an Osborne agenda, it is actually a priority owned by Government more widely. This is significant, and welcome, allowing us to focus on the task ahead.

Not really a strategy at all

What is key however is the actual contents of the strategy. Unfortunately in reality this isn’t a strategy at all - or at least certainly not one that takes us beyond the funding and governance arrangements already announced by government, and their intended implementation.

The document is an important and useful reference, but it doesn’t go nearly far enough in presenting the full picture of the challenges facing the Powerhouse, and how we will address them.

At one of the first Northern Powerhouse panel discussions I took part in, I was asked how I believe the success of the initiative will be judged in 15, 20, and 30 years’ time. My answer was simple – the jobs that we create, their value to the economy, their impact on unemployment, and wider economic prosperity. If asked again now, my answer would be the same.

It is in this context that I question whether the document released by Government is the strategy that the Northern Powerhouse really needs. Earlier this year, GVA released a research document entitled “Northern Powerhouse: Realising its full potential”.

Within this research we drew a number of conclusions, but perhaps the most important was the significant shortfall in projects coming forward across the region to maximise the growth potential identified. This remains, in my opinion, one of the largest challenges that we face as a region to realise the potential of the Northern Powerhouse.

The many funding announcements and devolved governance structures now in place and emerging across our core cities and beyond are important – they should (and hopefully will) enhance our labour markets and our occupier markets, to support growth in the north.

This should drive investment and add value to UK Plc – the ultimate ambition of the Powerhouse. But it cannot do this without a real estate proposition.

Our research identified a major reliance on large scale regeneration projects, often on complicated sites, to deliver the growth envisaged. 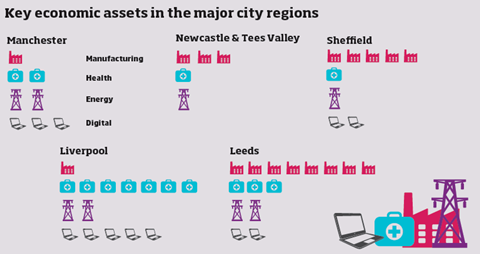 These are projects where public-private partnerships will need to be established, and where progress will inevitably be slower than smaller, less complicated projects.

This is not something that Central Government needs to be involved in at a detailed level, but it is something that our public sector needs to take greater ownership of in the coming years.

So, a reassuring Autumn Statement for the Northern Powerhouse in terms of headline declarations. Some would say it’s a good starter for ten. But we are yet to see anywhere near enough thinking behind the how, where and why.

Nicola Rigby is a director in planning, development & regeneration at GVA