Ever since we moved from being hunter gatherers to farmers about 12,000 years ago we have wanted to make land productive. It is still true today. A farmer looks at a piece of unused land, sees it as waste and wants to change that.

Of course, fewer of us are farmers now, but that instinct is still a part of many of us who seek to regenerate places. We see a piece of empty land and we want to build something very special on it.

But in a world of rules and regulations, there is an inevitable delay between acquiring an empty site and being able to build on it. During that meanwhile period how should we satisfy that urge to make a piece of land productive?

Sadly, many developers don’t seem to have that urge at all. They do nothing with it, other than put up some barriers and hoardings to keep people out. This empty use of empty space is not just wasteful, it is often damaging to the local community - boarded up sites stoke resentment and the fear of change.

Others are more imaginative. There are occasional entertainers and frequent pop-up food outlets serving pricey lattes and pulled pork buns. That’s good, but somehow serving coffee at a fiver a cup does not feel right in the middle of a community where unemployment may be well above average. 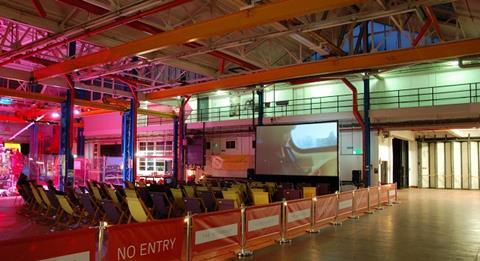 It is not connected with the community, has no understanding of the people around it which means it is of limited value in the short term and delivers nothing for the long term.

I prefer to think more about worthwhile use, and less about meanwhile, which often feels like it is just filling a gap in time.

Think about our farmer again. He buys a new piece of land. To get real value out of that plot both in the short and the long term, he’ll need to get to know that land. He’ll want to know the soil type, the rainfall, where the wind comes from. He’ll almost certainly chat to his neighbours about what has been there before – what has worked and what has not. Any good farmer would do the same.

And so should we. When we acquire a new piece of land, we must connect with the local community, have a coffee and a bun with them, find out about the land we are planning to develop and what people make of it. Find out what’s been blighted, what might grow there, what fruits people long for.

Only then can we start to develop our worthwhile use in a way that will deliver real value – to the owners and investors and also to the local people and the community. And, to a heartless developer, it’s good business: show you’ve listened and you’re less likely to meet concerted resistance at the planning stage. 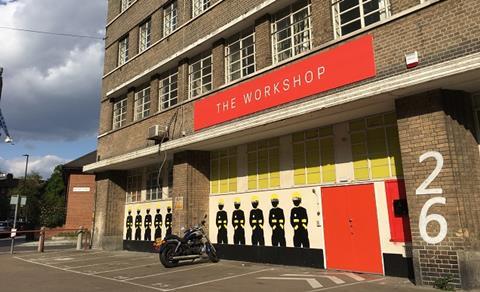 As we know, property professionals are starting to understand that users of space are guests, rather than buyers or tenants. Time-limited, rather than forever. You could argue that worthwhile use in meanwhile spaces lets us experiment with uses, how people relate to places, enjoy them, understand them - and that’s what makes them cutting edge, or potentially so. A nursery slope for the future of creative approaches to real estate.

With this in mind, there are a number of learnings from our worthwhile initiatives that have informed our future developments:

In Deptford we were working with the council to develop a mixed use regeneration near the railway station. The site was derelict, but bounded on one side by railway arches supporting a ramp up to the station.

So we reflected the heritage of the site by bringing in an old railway carriage which housed an award-winning cafe and opening up the derelict arches for local makers and entrepreneurs to use. Some of these businesses are still trading in the refurbished railway arches that form part of the completed project.

In Hayes, West London, we are developing the former EMI record factory. Within that had been EMI’s Central Research Laboratory, out of which came inventions as varied as airborne radar, stereo sound and CAT Scans. 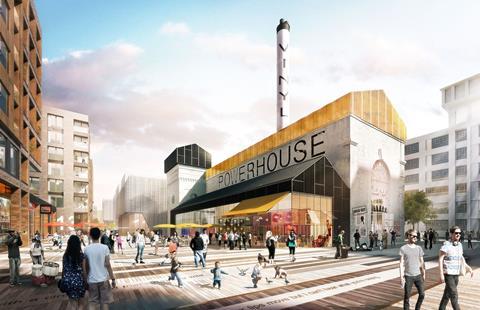 We have replicated this within our plans for the site, creating an incubator of start-up manufacturing businesses – such jobs being much needed in the local community. This has gone on to produce new jobs and help growing businesses that will stay and thrive in the area.

At the old London Fire Brigade Headquarters on Albert Embankment, our research showed us that this was a part of Lambeth that had one of the highest percentage of children on free school meals. Our worthwhile use has brought an old fire brigade workshop back into use, housing a number of charities and social enterprises, one of which focusses on providing educational support to children through a homework club.

There are a number of things that make these initiatives worthwhile. They are based on an understanding of the community and so form a relationship with the community.

They deliver social and economic value that is authentic to the area. And they will continue to deliver that value into the future; it is not just worthwhile, it is also lasting.

I would urge all of us in the business of creating places in our wonderful cities to cultivate their land while it’s not being developed. Know it and nurture it, and it will deliver for you for many years into the future.