One size does not fit all for growing businesses

Two businesses can look alike from the outside. 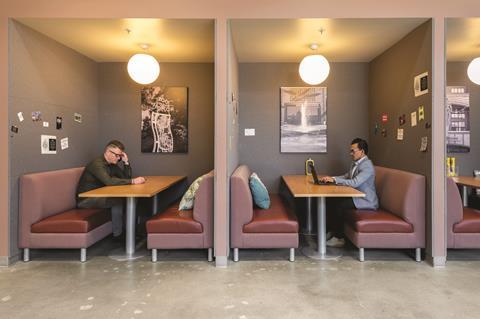 For example, they may have the same number of staff and appear to be using an office space in a similar way. But in practice their different industries, working patterns, operations, technology needs, levels of customer interaction and company culture all influence the way they use a workspace to achieve their goals.

Part of the problem with conventional office space is its inability to adapt to the particular needs of a business. Rather than the workspace dictating how a company is going to work, things ought to be the other way around.

One case study that illustrates how this can work is a Regus location in Belgium. Two tenants at GrootBijgaarden in the centre of Brussels are recruitment company QIS Jobs and property agency Morgan’s Real Estate. Both of these businesses evolved from being one-man bands into teams of four or five people.

QIS Jobs began using the Regus centre’s co-working space before eventually upgrading to a private office within the centre.

Workspace should mould around your business as you upscale or downscale, as your priorities shift or as employees find a work set-up that helps them be most productive

“When we grew to a team of five people, we moved from Regus’s co-working package to renting a private office in the same building, which allowed more privacy for meeting candidates,” says Yves Vannerom, chief happiness officer, QIS Jobs. “There were no complications – it was really easy to change.”

“We didn’t have the money to have a real estate shop but within three to four years grew to become a team of four letting agents and in 2018 we moved to the Regus centre,” says Cornelis. “I wanted each team member to have their own workstation, so we have 24 sq m of our own personal office space in the centre.”

A similarity between companies lies in their need to host customers. “We needed a place where we could meet candidates,” says Vannerom. “At the Regus centre, there’s a staffed reception – when a candidate arrives, they can wait downstairs with a coffee if we’re still on a call, which creates a really professional set-up.

“When they come inside, we need a space where we can have a conversation and, if the meeting room is taken by another candidate, we can go to the kitchen or another area.”

However, a key need of their business is to use Regus centres in other parts of the city. “Someone who has an appointment on the other side of the city and wants to do some work nearby beforehand can use the Regus centre over there before their meeting, which is great if you know there might be traffic issues,” he says.

“We discovered how easy and flexible it was. It makes us more efficient and it clearly links to our business model, which has very few geographical limits. Thanks to the flexibility we have, we can be more agile in the areas we sell, compared with a real estate agent shop on the corner.” 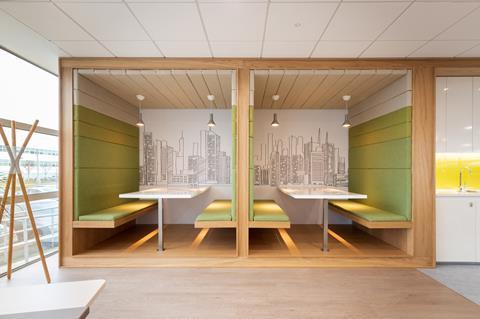 Both QIS Jobs and Morgan’s Real Estate have found that having a workspace that revolves around them has given them added value, allowed them to perform more efficiently and let them bring more flexibility to their staff.

Rather than having a one-size-fits-all office structure, workspace should mould around your business as you upscale or downscale, as your priorities shift or as employees find a work set-up that helps them be most productive. Rather than locking yourself into a fixed, long-term contract with a conventional office space, perhaps it’s time to turn to flexspace – and find something that fits you like a glove.

Regus is the world’s largest provider of flexible workspace solutions, enabling individuals and businesses to work where they want, when they want and how they want – at a range of price points. Founded in Brussels in 1989, our ever-growing network includes almost 3,000 business centres across 120 countries.