The role of small and medium-sized developers is now seen as crucial in helping to solve the housing crisis but access to finance still remains their toughest barrier to overcome. 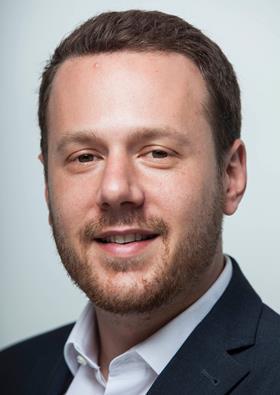 The government has a target to build one million new homes by 2022 and the only way it can get this done is creating initiatives that make it worthwhile for SME developers to get building.

When the secretary of state for housing, communities and local government, Sajid Javid, launched the housing white paper, Fixing our broken housing market, he said he wanted to create diversity among firms building homes and move away from the dominance of the top 10 housebuilders.

Since then the profile of the SME developer has soared. Housing association L&Q, which is positioning itself as a rival to some of the major housebuilders, wants to partner with small developers as it expands its housing reach into the regions beyond London. Kent-based developer Quinn Estates is also championing the SME by setting aside 20 plots within its 1,400-acre garden village project in Sittingbourne, Kent, for small housebuilders to buy and build on.

It’s really encouraging to hear of big names like these bringing diversity to their schemes by tying up with small builders and we believe that when the draft London Plan becomes policy this year, their credibility will rise further.

Anyone doubting the importance of small and medium-sized developers in the challenge to meet the country’s housing need would certainly have been silenced after the mayor of London published his draft London Plan.

Mayor Sadiq Khan wants to increase London’s housing target to 65,000 homes a year, roughly double the capital’s current rate of housebuilding, and one of the ways he expects this to be achieved is encouraging SME developers to build on London’s small sites.

Small sites, those that can accommodate between one and 25 homes, according to the mayor, have the capacity to deliver 24,500 homes a year. That’s more than a third of London’s annual housing need.

The mayor says to help small developments to come forward he will ask local authorities to approve planning permissions from SME developers unless they deviate from design standards.

This is indeed a welcome initiative as planning permission can be a huge obstacle for any developer to overcome but particularly for small developers that cannot afford to pay top price for land which already has planning approval.

Proactive policy-making like this serves to push SME developers to the fore in the housebuilding crisis, as did the changes to section 106 arrangements, which exempt developments under 10 units and less than 100,000 sq ft.

After the announcement by the chancellor that the taxation of buy-to-let properties, often the bread and butter of small developers, would be changed to a less favourable system and the introduction of a 3% stamp duty surcharge on the purchase of second properties, it became difficult for small housebuilders to calculate the GDV of a scheme. Allowing an exemption for small schemes from section 106 arrangements has really helped in this respect.

These types of policy changes promote the important role of small developers rather than large housebuilders turning out over 100-plus units and definitely make a compelling argument for an SME housebuilder to take on a project. But there is one piece of the puzzle not being talked about in any of these initiatives – and that’s development finance.

It’s time bridging and development finance lenders played their part. It’s very hard for the small developer to get mainstream development lending at all

If the developer cannot access finance to purchase the site and begin the build, the opportunity to contribute to the mayor’s target is lost, the chance to work with leading housing associations is gone and the communities secretary’s vision of a diverse building sector will not be realised.

In a recent survey, 57% of SME developers said access to finance was their biggest obstacle. This should serve as a real wake-up call to bridging lenders and alternative finance providers to step up and offer flexible financial products to allow small and medium-sized developers to play their part in housing delivery.

The government is, to some extent, doing its bit. When the Homes and Communities Agency rebranded to Homes England last month, chairman Sir Edward Lister said the body would continue its focus on supporting SME developers financially. He added that Homes England had received an indication from the government that more money would be allocated to the existing £1bn short-term loan fund for small developers. 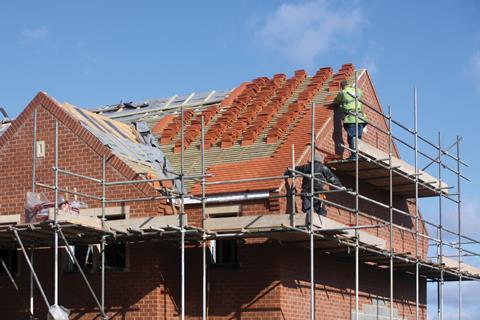 It’s time bridging and development finance lenders also played their part. It’s very hard for the small developer to get mainstream development lending at all. Being locked out of mainstream channels pushes them towards different sources of finance, many of which have high minimum loan sizes and relatively high interest payments that have to be serviced monthly. For a developer trying to get a scheme off the ground, this can be difficult to manage.

To help, West One is close to launching a development finance product with a minimum loan of £500,000 and an interest rate of around 7%. Interest can be rolled up on to the loan and paid at the end of the term. We think the best way to do business with small developers is to offer them loans that are tailored to the project they are working on. For example, we can tailor the term of the loan to suit the timescale of the build.

We’re offering our customers a bridging and development hybrid service that allows them to move through the different stages of the build, refinancing as the scheme progresses, without having to switch lenders.

West One will provide the initial bridging loan allowing the developer to buy a site or a property before planning permission has been granted. Post planning they can refinance to a development loan. When the development is complete, they can repay the loan by taking out a further short-term facility with us, giving them breathing time to sell their units.

We thought long and hard about the design of the product to ensure that there were no onerous features that could trip the developer up or impede the progress of the build. And what we have come up with is a simple loan. Our minimum loan size is lower than most in the market because our research showed us that often small developers struggle to obtain finance below £750,000 because they failed to meet other lenders’ minimum entry requirements.

SME developers are the ones who are struggling most from a financial perspective in the housebuilding sector. It is vital they are able to get access to the loans they need so they can play a big part delivering the homes the country needs. Housebuilders are being told by the government to get building; it’s time short-term lenders heeded the same message and started lending.

Stephen Wasserman is managing director of West One Loans

About West One Loans

West One is the publisher of the Bridging Index, which has become one of the industry’s most respected and relied-upon analyses of the bridging loans market. West One specialises in making it easy for intermediaries to secure short-term finance for their clients. Renowned for super-fast applications and quick turnaround on loan decisions, the company is one of two separate but complementary trading divisions of Enra Group.