Premier Inn is the owner of one of the largest property portfolios in the UK. 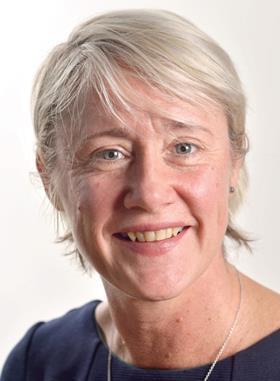 As it stands today, we have approximately 780 hotels that are up and running, comprising around 74,000 rooms. We also have more than 12,500 rooms in the pipeline, which means we are very much on track to meet our long-held commitment to have 85,000 rooms open by 2020.

The company’s growth ambitions do not end there, and as such we are still extremely acquisitive for new opportunities. But with such a large portfolio already in existence we have to be increasingly creative with our properties in order to continue expanding.

One way in which we are doing this is by expanding into new markets. This year, one of our focuses will be launching the Premier Inn brand in the Republic of Ireland. The key location for us at the moment is Dublin, which is an extremely vibrant city where we are keen to establish a presence. We have identified a number of leads that we are interested in – this is a real growth opportunity for the company.

Whitbread brands such as Costa are already present in the Republic of Ireland, and a large proportion of people will already have stayed in our hotels in the UK. For this reason we believe it will be a straightforward transition.

‘We know where we want to be’

When it comes to location, we are quite prescriptive. We know exactly where we want to be, which makes the job of our property team easier – they go out there and they find the sites.

But our network strategy is also very fluid and we are able to react to what is going on in a particular market, for example certain brands coming out and new parties going in. We will acquire freeholds or leaseholds or alternatively enter into turnkey developer deals and joint ventures, so we do not have to commit to one particular operating model.

This flexibility has allowed Premier Inn to continue to grow amid uncertain times. The economy has gone through ups and downs and Premier Inn has consistently delivered irrespective of that. Over the past five years we have had an incredibly busy and productive time, opening between 4,000 and 5,000 rooms per year on average – the equivalent of one hotel every fortnight. In 2017-18 to date we have opened around 3,200 rooms, so we are on track to maintain that level of growth at the end of this financial year. 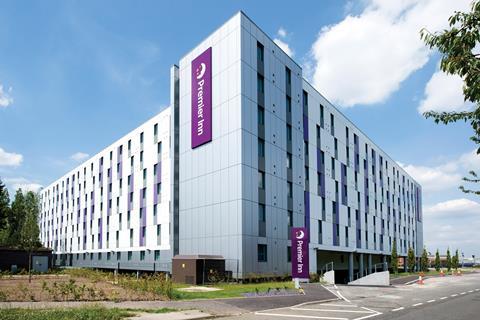 Hotels may not always provide the best returns, but they can act as a catalyst for the wider regeneration of an area

Although many are shying away from it, we still see opportunities in the London market. We have some really exciting projects bubbling under in the capital that should come forward later in the year. While I would never want other businesses to struggle, I believe we are in a good position to take advantage of uncertainty around rents in other sectors such as offices, which has led to longer rent-free periods and decreases in the cost per sq ft from an investment point of view. We have taken over city centre office premises in the past, which is a format that has worked well for us.

Our compact, technology-focused hub by Premier Inn format has proved itself to be a very useful model in London and Edinburgh, which are both highly competitive and very expensive markets. As the room size is smaller we can fit more rooms into an envelope, which enables us to compete financially in markets where residential and student accommodation developers are also vying for sites.

As well as expanding into new locations, we want to work our existing estate harder and maximise its potential. One of our focuses is getting as many Whitbread brands on to a site as possible; whereas previously it might just have been a Premier Inn, we are now putting in a restaurant, for example. This follows a consolidation of our restaurant brands in the past few years to concentrate on fewer formats – Beefeater and Bar & Block being our leaders. The latter is a brand that we are really pushing as it is trading well in competitive markets and holding its own against household names.

Another format is the Costa drive-thru, which we can put on surplus land or under-used car parks surrounding our hotels. Although Costa operates as a separate business to Premier Inn, we work very closely together, which gives us better negotiating power.

Given the size of the Premier Inn estate, extending our existing hotels is another way in which we can boost profitability. When we buy land now, we are thinking of the future and looking to buy strategically. While we may simply need an acre and a half for a new development, in the right locations we will purchase larger sites to secure expansion potential and the best long-term return on investment. 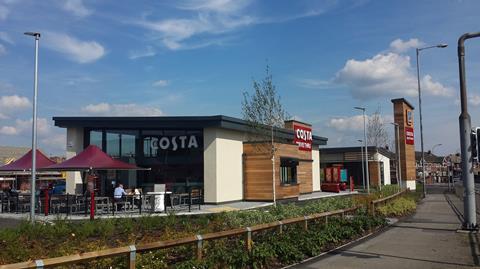 I think both developers and planners are waking up to the fact that, while hotels may not always provide the best returns, they can act as a catalyst for the wider regeneration of an area. In mixed-use developments, councils are often very proactive to ensure there is some kind of hotel use because it attracts people to that location. Hotels are seen as a nice, friendly use that will kickstart a wider development, and we have been involved in several schemes – particularly in smaller towns – where without us the developer would not have got planning consent.

Premier Inn hotels also fit in well alongside a multitude of different uses. For example, we are currently part of a mixed-use regeneration in Hertford being led by Wrenbridge Developments where we are going in alongside traditional retail and residential uses. If a site presents the right opportunity in the right location, we will consider it – we don’t exclude anything.

I think both developers and planners are waking up to the fact that, while hotels may not always provide the best returns, they can act as a catalyst for the wider regeneration of an area

Although the nature of the schemes in which we build our hotels and the uses we include on site may be different to what they were in the past, the strength of the Whitbread covenant and our commitment to property have remained constant. We are one of the biggest property owners in the country, and also one of the most prolific builders – although that sometimes goes under the radar.

We have a proven track record of delivering schemes and of working in partnership with developers, funds and institutional investors. Our product is very consistent, we are flexible and we honour our obligations. And we can turn a deal around very, very quickly. There is a site at the moment where we might have 10 days between making an offer and completing, and when that is the case everyone in the business galvanises and gets behind it. My team loves doing deals and the board gets excited when a big project comes up because they see property as a key driver of the business’s growth.

Other than the markets we are entering and the way we are entering them, I don’t think anything is going to change in the near future. Premier Inn as a business is still incredibly ambitious, very acquisitive and highly focused on growth in the UK.